Garda news from around the region 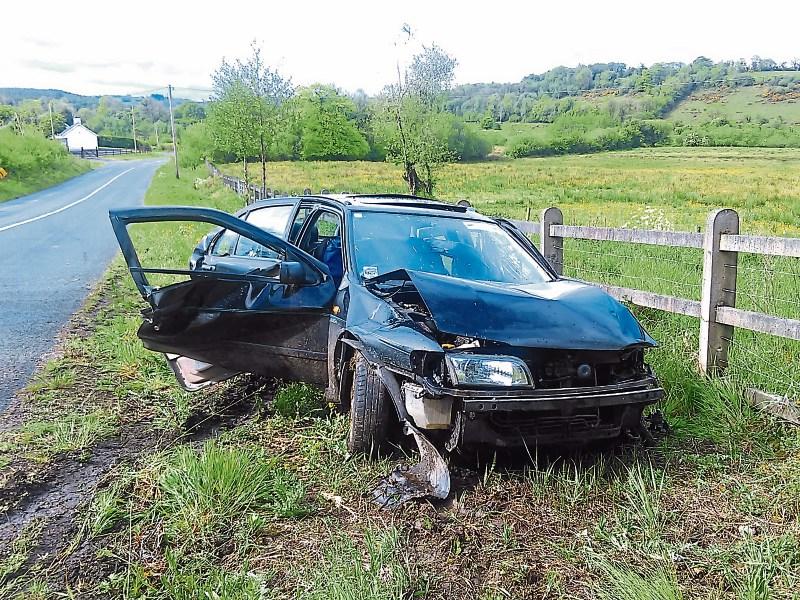 The incident happened at 2am on May 15 last.

The motorcyclist suffered head and back injuries and was removed to Cavan General Hospital for treatment.

His injuries were described as “serious but not life threatening”.

A car (pictured right) was extensively damaged following a road traffic accident near the Riversdale Farm Guesthouse outside Ballinamore on Friday night.

The driver was travelling from Carrigallen to Ballinamore at around 9pm on May 20 when the incident occurred. A spokesperson for the Council said a fire engine attended the scene.

A v-shaped stoning cart was stolen from the Cloone area some time between may 18 and May 19 last.

The machinery was painted a distinctive green colour with yellow wheels. It would have required some means of transport to remove it from the scene and gardai are appealing for anyone who may have seen anything to contact Carrick Gardai on (071) 9620021.