100-year-old sheet contains names from all over Ireland 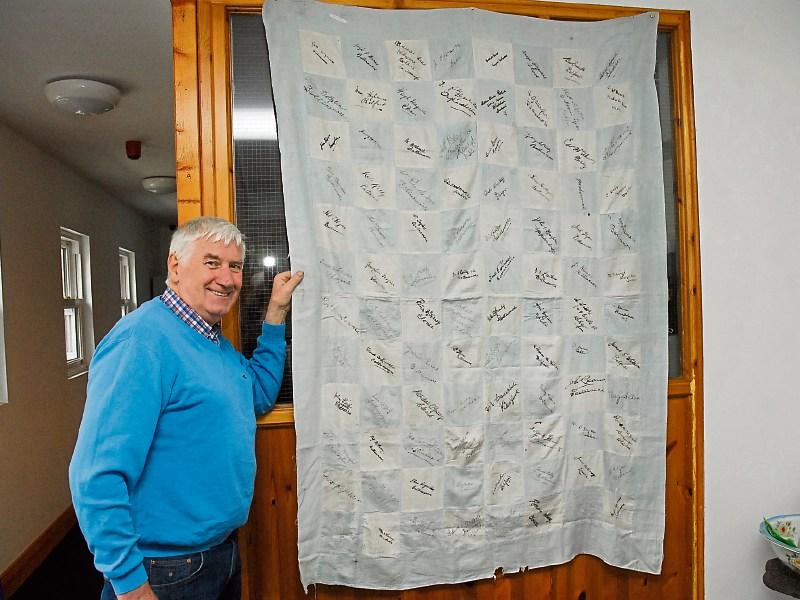 A mysterious item lovingly patched together over 100 years ago in Ballinamore is currently being researched in the hope of finding its true propose.

The patchwork quilt, which includes names from near and far, was sewn together to create a fabric sheet of signatures from across Ireland and is understood to be from 1915.

The mysterious item was found recently in Joan Gallagher's house in Ballinamore. The well preserved fabric is now in the hands of Brian Kennedy of Glenview Musuem who is working with local people and Leitrim County Library to figure out why the piece was created.

Brian told the Leitrim Observer he believes it is some type of a sponsorship card and that people paid money to some fund and had their names sewn into a fabric for display.

It is unknown what the fund could have been for, but the researchers think it may have been a sponsorship drive for the family of John Prior from Kiltyhugh, Ballinamore who lost his life on the Lusitania the same year. WWI was ongoing at the time, so it is also possible it could have been a fundraiser for a fallen soldier.

These are only hypotheses and the group hope that there may be someone in the county who could shed some light on the mysterious sheet.

The building where the fabric was found had previously been a shop and according to Brian the majority of people's names sewn on were trades people who travelled to the town or local business people.