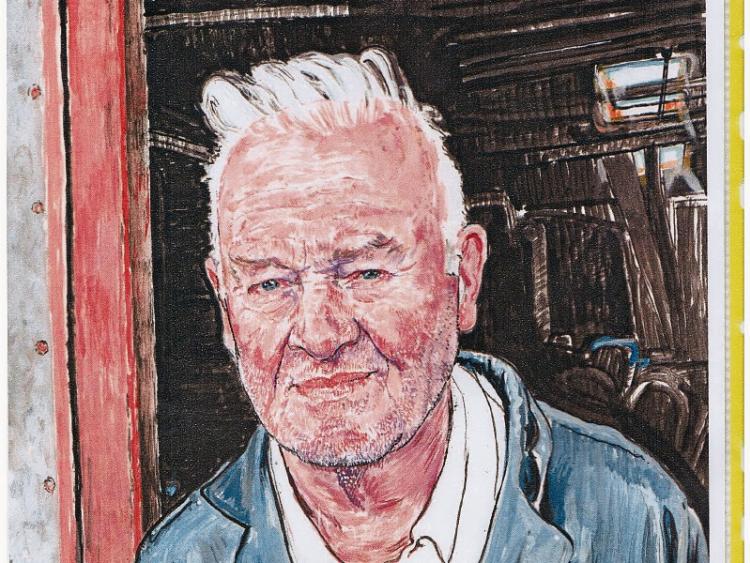 Angela from the Natural Healing Centre in Ballinamore, will collect her well deserved award in Listowel, Co Kerry as part of the annual Writers Festival today, June 1.

This is her fourth time attending the festival and this time she will be celebrated as an award winning poet, ahead of the publication of her second collection of poetry.

The multi talented lady has focused her creativity towards poetry recently and is now reaping the rewards. Her new collection, yet unnamed follows her first successful collection 'Honeymoon in Coalisland' in 2014. That book received great reviews and goes back into reprint this year.

Angela didn't choose the life of a poet, she was called to it. After a lifetime of country hopping, transitions between varied and connected careers and studies across a broad spectrum of arts, it was her late mother who inspired her to delve into poetry.

Commenting on her award winning collection, Thomas McCarthy said, “This is a selection of really wonderful poems, full of adroit observations, technical ease and fabulous humanity. It is poetry that sings of life, where literally ‘Birds sing a March song in January.’ But there’s wisdom here to accompany the song of life; there’s a very well-traveled as well as intensely private world of fathers, grandmothers, floral aprons, A-line skirts, London bedsits and Ladakhi amulets. This is a beautiful affirmative poetry, and I have no hesitation in giving it the highest place.”

The new book includes poetry on (well known) characters from Ballinamore and local landscapes, including Sliabh an Iarainn which Angela wakes up to every morning. She opens her curtains in Ballinamore and sees the mood of the Iron mountains before her.

Angela is a creative person, her travels, her careers and her passions may have changed and transformed over the decades but her creativity only blossomed.

From cooking to painting, to study to therapy, Angela found her calling to the world of writing after a class with Michael Harding in Drumshanbo in 2000.

Angela says she has been influenced by John McGahern with his ideas “stamped all over Ballinamore,” she also worked with Brian Leyden and other writers over the years.

“I have lived in many places” is a bit of an understatement, with London, Scotland, Switzerland, Spain and California a few of the places Angela laid down her head.

She lived in a Tibetan Centre in Scotland and came back to Ireland in the 1990s with her now late husband Jerry Dowling from Dublin. They lived in Bawnboy, Co Cavan for a while.

Angela fell in love with Ballinamore and since setting up the Healing Centre there has settled in the town. Like many other writers the area inspires Angela, no talk of writers block here, she tells the Observer “I can’t stop the ideas coming.”

What started as another passionate hobby in 2000 has now taken over her life - Angela has become a full time writer.

The forthcoming collection has three sections, the first has a focus on Leitrim and the characters she has encountered including John Fox a well known businessman in the town, whose face makes up the front cover of her collection.

It also has poetry about the landscape of the county, including Sliabh an Iarainn. The other sections capture life in Scotland and life in Northern Ireland.

Angela still calls Tyrone “home” and the poems in this collection shed light on how strong women maintained normal life during The Troubles.

Angela has two publishers interested in the collection, most probably on the back of superb reviews for her first collection. ‘Honeymoon in Coalisland.'

Angela finds writing poetry a form of meditation “calming and good for the brain.”

At the moment she is focused on her poetry, but she still has time to write short stories or “flash fiction” as she calls it. She hopes to publish them in a book in the future.

When asked if she ever thought about writing a novel, she surprises me by talking about her memoir which is in the first draft.

Her memoir based on her travels and transitioning between cultures and careers is on the back burner, but she does go back to it every now and again to tweak things.

She says poetry and writing is a “labour of love” with little financial reward but “if you are passionate about something, you have to stick to it.”