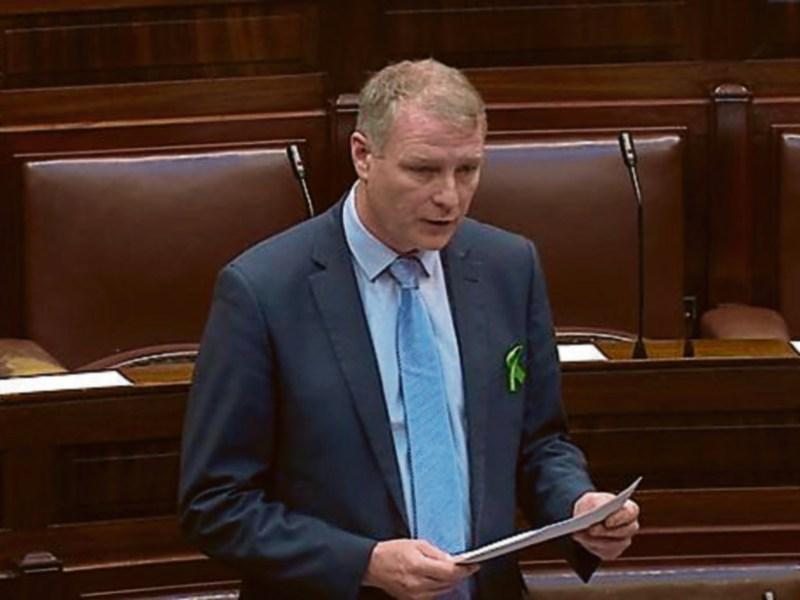 Deputy Martin Kenny has reiterated his call for a full investigation into allegations of Garda malpractice in the Sligo/Leitrim Garda Division. This follows an article in a national newspaper claiming the criminal who made the allegations has now retracted those claims.

Deputy Kenny, who made allegations of Garda malpractice in a recent Dail speech, has reiterated his call for a full Commission of Investigation into the scandal.

The article claimed the criminal had been “put up” to telling the TD that he was asked by rogue gardai to break into his own home. He claimed to be living in fear of his life as Deputy Kenny had referred to an informer as one of the last people to see Pat Heeran alive.

“I had nothing to do with Pat Heeran’s murder and I don’t know anything about it,” he told the Sunday Times.

But Deputy Kenny replied by stating the whistleblowers who contacted him have not withdrawn or retracted any of the allegations they have made and are steadfast in their demand to have these issues investigated fully.

“I fully support the whistleblowers' demand for a Commission of Investigation,” he said.

The Sunday Times said it established the criminal was once registered as a covert human intelligence source by garda headquarters after he was deemed suitable to provide information on the activities of criminal gangs in Leitrim.

The criminal was de-registered as an informant after he was shown to be instigating crimes to frame his associates and obtain payment for information.

He was subsequently charged and convicted of various offences and is awaiting trial on more serious charges. He said he no longer has any relationship with gardai.

“Whether or not some informants withdraw or retract past statements is irrelevant,” said Deputy Kenny.

Deputy Kenny met with the Garda Siochana Ombudsman Commission (GSOC) on Tuesday, May 31st, to detail the allegations made.

Speaking from Leinster House following the meeting, Deputy Kenny said, “GSOC was already aware of some of the allegations. However, its narrow terms of reference prohibited it from investigating. In fact, the Commission of Investigation solution is the only one appropriate to the situation in Leitrim.

“With its hands tied by legislation and a shortage of resources to deal with the volume of complaints it receives, GSOC is clearly not the vehicle for the investigation of any ongoing situation involving numerous interconnected complaints, for example, the inappropriate handling of informants.

“GSOC confirmed that it would co-operate with any Commission of Investigation. It is important that confidence in the Gardaí is restored because public trust in the force is essential in a functioning democracy and surely it is in the Minister’s interests to preserve good relations between the Gardaí and the public.

“I call on Minister for Justice, Frances Fitzgerald, to take appropriate action to investigate and resolve these matters without delay and look forward to meeting her to impress upon her the need for action.”

Speaking this week about the alleged retraction by the criminal who made certain allegations, Deputy Kenny said, “As anyone who has any knowledge of such matters knows, this is common with informants. It merely reinforces the need for these issues to be investigated.

“I believe the Sunday Times article reinforces the need for a full Commission of Investigation into the allegations I have raised, as it demonstrates other aspects of the inappropriate use of informants.

“Several of the incidents which I pointed to in my Dáil contribution last week had no connection whatsoever to any Garda informants,” he said.