Over 500 people to descend on Glenfarne 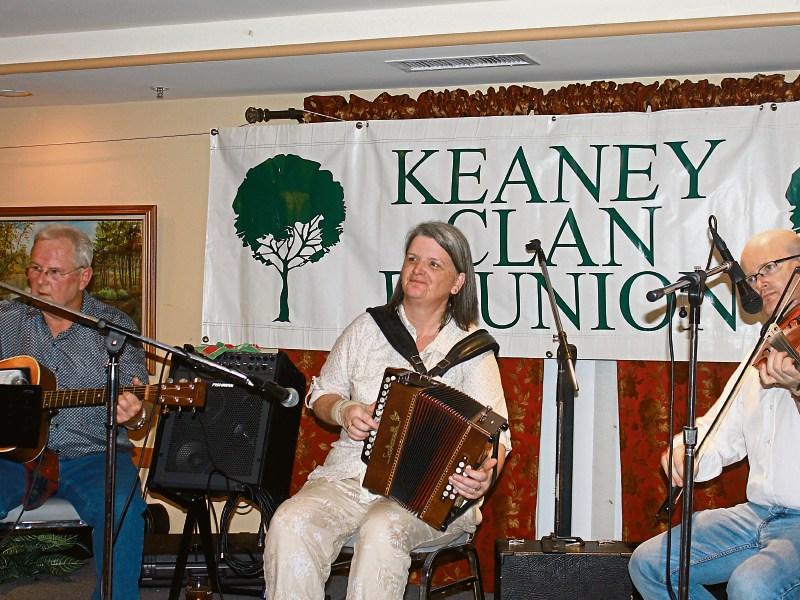 Over 50 people from around the world will descend on Glenfarne and North Leitrim this Summer for the Keaney/Keany Clan Reunion.

The Clan Reunion is returning to Leitrim on July 30- August 1 and are looking for all locals with connections to the Keaney / Keany name to link up with the celebrations.

This group which has over 500 contacts was created by Hollywood actress Marianne Muellerleile (her mother was Keaney) of California and the group met for the first time in Iowa, USA back in the summer of 1999.

The 2016 Ireland reunion will be their fifth reunion; having met up in Iowa, New York, Ireland and Boston.

The clan run a Facebook page (Keaney Clan Reunion) and newsletter. With over 100 family trees in their data base, they have about 800 people listed in their trees.

The clan's goal, is to lower the total number of trees as a result of making connections. To help that cause, members are trying to “connect the trees” by encouraging people to have their DNA tested.

The ‘Keaney Clan’ has two DNA ‘projects’ going. Results from one of the projects concluded that the Leitrim Keaneys are more closely related to one another than to the 'Galwayans'. The Leitrim ‘clan’ also compares closely to the most basic and native Irish populations, remaining relatively free of influence from the outside such as the Vikings and Normans.

This year’s reunion will be focused on North Leitrim, with many of the attendees participating in the Glenfarne Gala Weekend events on July 30 and 31.

The reunion will offer a Leitrim tour of local sites and graveyards as well as a trip to the Cavan Burren.

There is much excitement about the “Meet Your Relations” gathering at the Ballroom of Romance on July 30, with many hoping to connect and meet some new family members.

The reunion wraps up with its “Grand Finale” day at the Slieve Russell Hotel in Ballyconnell on August 1. There will be a golf tournament, walking tours, lunch, speakers and the Farragher-McLoughlin School of Dance will perform.

Speakers include John Grenham, Dr. Gerard MacAtasney, Frank White, and Prin Duignan. The evening session will wrap up with a banquet dinner and music by The Barley Mows.

Tickets to the Slieve Russell events are available from