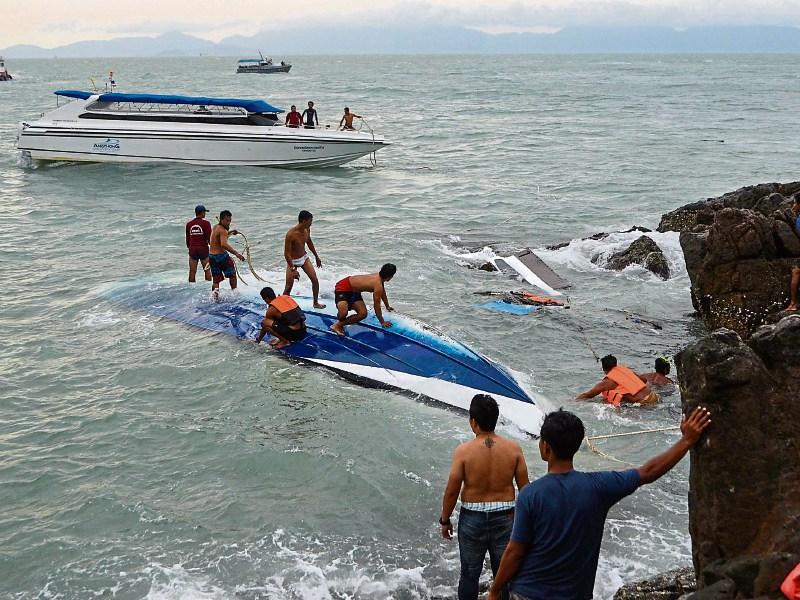 A newly engaged local couple escaped a tragic boat accident which claimed three lives in Thailand on May 26.

Darren McGovern from Newtowngore and his fiancee Aisling Harton from Gowna, Co Cavan are both former students of Carrigallen Vocational School.

Now living in Birmingham, the couple celebrated their recent engagement with a trip to Thailand, but narrowly escaped death.

The pair were on a speed boat with 30 other passengers and four crew when the boat hit rough sea from Muko Ang Thong National Park to popular tourist island Koh Samui.

The boat capsized and three international tourists lost their lives. The rest of the passengers were rescued and some suffered non life threatening injuries.

The speedboat, called Ang Thong Discovery 3, was heading back to the island from Mu Ko Ang Thong National Park at around 4.30pm local time on May 26 when the crash occurred.

Everyone onboard was hurled into the water. While many victims were rescued by a passing speedboat, others were forced to wait for a rescue vessel to save them.

Darren McGovern is a former Leitrim Minor County footballer. His family confirmed he was on the boat and survived the tragic accident.

The boat’s captain, Sanan Seekakiaw, was taken into police custody following the crash and could face a charge of reckless endangerment causing death, which carries a prison sentence of up to 10 years.