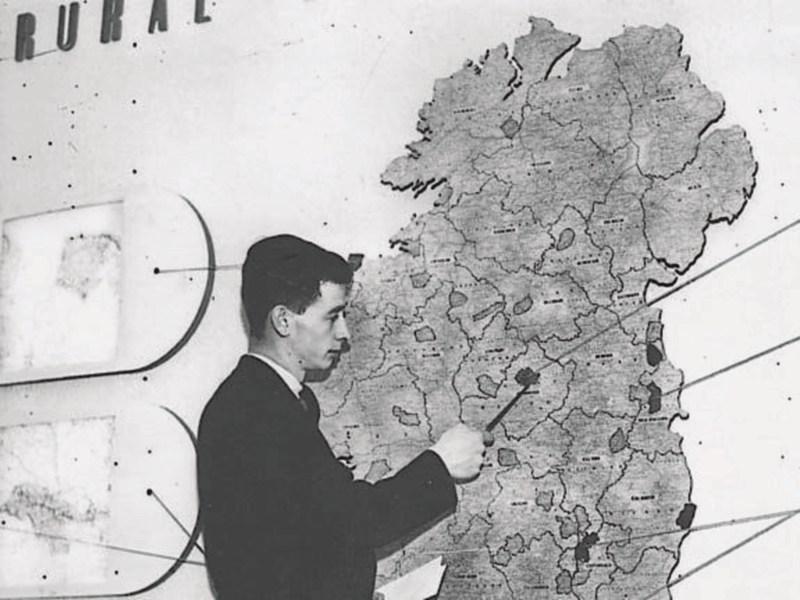 Local people with memories of Ireland’s Rural Electrification Scheme are being sought to retell their tales as part of a new publication due out later this year.

The book ‘Then There Was Light’ will provide a valuable snapshot of the time Ireland left the dark ages by allowing power and light into even the most remote communities.

The publishers are asking people with memories of the Rural Electrification Scheme to get in touch, as well as people who may have heard stories of that time from older generations.

The book will be accompanied by an RTE radio documentary to coincide with the celebrations surrounding  the 70th anniversary of the commencement of the Rural Electrification Scheme.

The stories for the collection and radio programme will provide a frank insight into the suspicions, worries and welcomes faced by the ESB’s light brigade as they began work on one of the most important undertakings in modern Irish history.

The stories from all over the country will encapsulate and preserve how rural Ireland came to terms with a rapidly changing society.

The book and documentary will be co-edited by ‘Around The Farm Gate’ editor PJ Cunningham and Dr Joe Kearney.

In November 1946 the first pole in ESB’s Rural Electrification Scheme was erected in a field in Kilsallaghan, near Oldtown, County Dublin.

It took over two months before the connections were in place for throwing the first switch on January 15, 1947.

The village hall was packed with local people, while up on the stage sat a group of leading citizens, the parish priest and senior ESB officials.

There was, however, a snag of which the audience was unaware. Severe winter storms had caused a last-minute fault in the supply line and even as the speeches commenced, a line crew was working frantically in the pitch darkness over a mile away to put things right.

Seconds before the engineer in charge, W. F. Roe, was about to admit defeat, he got a signal to say that the first switch on would happen.

And then there was light…

All stories received will be considered for inclusion in the radio documentary and book. People looking to share their memories should contact Dr Joe Kearney (087 2633041) joe.kearney@eircom.net or PJ Cunningham (086 8217631)pjcunningham1@gmail.com