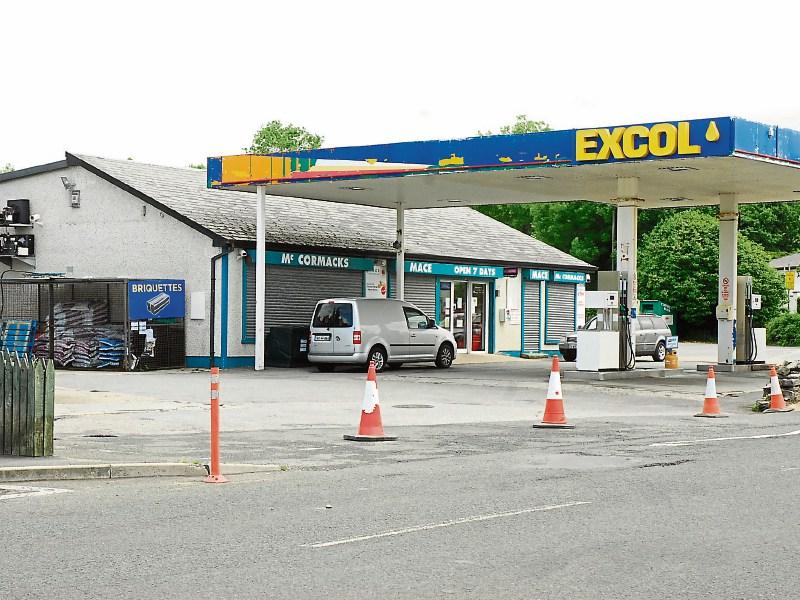 The closure of McCormacks service station in Leitrim Village has “greatly affected daily life” according to a local business person.

Although Leitrim Village has been the worst hit by the closure in terms of services, Drumshanbo and Manorhamilton are also feeling the impact of the enforced shut down of Mc Cormack/ Excol Oils last Monday, June 13.

Eileen told the paper, “A lot of people pass through Leitrim on the boats, they are not going to stay if there is no local shop.” She also pointed out that the various local accommodation options in the village relied on the services from McCormacks.

Eileen and Seamus Gibbons run Electric Bikes and they give out complimentary water to their customers, but she said people like to pick up a few bits for their cycle in the shop, that option is now gone.

“Locals can’t get a pint of milk,” she declared. Most people from the village would stop in McCormacks daily, whether for groceries, deli, petrol or diesel, according to Eileen. She pointed out that the service station had an ATM which allowed cash flow through the village.

Eileen stated they would love to see the filling station and shop open during Summer as the village gets so many visitors during these months.

She also noted their disappointment at the lack of national coverage for over 200 job losses in the North West.

Eileen recalled “there was always a queue in the shop” and hopes the pressure remains on the receivers to sell or manage the filling stations.

They believe Leitrim Village has been the worst hit from the closures as they lost their only local shop as well as their filling station.

Enda said with An Tóstal opening this weekend and the Joe Mooney Summer School just weeks away, the town is concerned about the closure of the service station on their visitors.

He said people who leave the town to get petrol will more than likely have lunch and spend money out of town, taking much needed and relied on economy out of Drumshanbo.

Enda said having no petrol or diesel in the town is a “real inconvenience” and hits people “practically.”

He added there is huge sympathy for employees who lost their jobs and he noted a local loyalty to the McCormack family. He said the McCormacks always supported local festivals, fundraisers and helped with events and activities within the community.

“There is confusion for the future, but we hope a resolution can be found soon,” McGloin commented.

He said the McCormack family worked their way up from “humble beginnings” and he commented that the hope locally is that they can get some of the businesses back.

Manorhamilton Councillor and businessman Felim Gurn said the closure of McCormacks filling station after ten years in the town was a “deep shock” for the community.

He said although Manorhamilton have two other filling stations, the loss has been felt in the community. He stated “it is sad to see a situation where a 30 year old business which has expanded and employed over 200 people can just be shut down.”

Cllr Gurn said he felt the McCormack filling station and Mace store was “one of the most successful in the group” as it is in a great location on the N16 with thousands of cars passing by daily.

He made a point that entrepreneurs and self employed people are punished and get no help. He hopes the McCormack family can do a deal and return to business.

Three days after the enforced shut down of McCormack stores across the region, the businesses were advertised for sale in a national newspaper.

The closures were enforced immediately, with the doors closed, assets seized and employees given letters of redundancy.

On Thursday last week an advert appeared in the Irish Independent declaring the sale of the Excol Oil/ McCormack Group. The receivers Aengus Burns and Michael McAteer asked for expressions of interest to be received by yesterday, June 20.