Litter problem increasing on back roads and around Bring Bank Centres 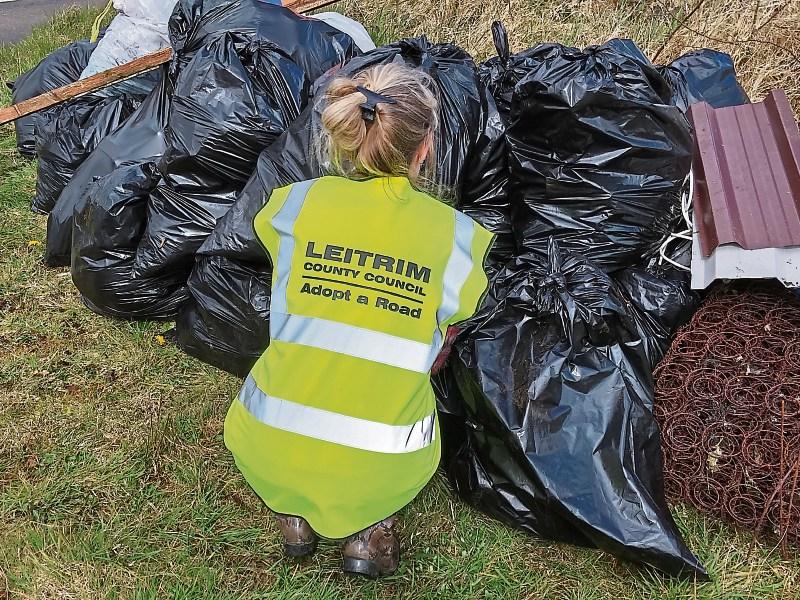 Fianna Fáil Councillor Mary Bohan has asked what additional measures are proposed by Leitrim County Council to deal with littering and illegal dumping at a recent Manorhamilton Municipal meeting.

Cllr Bohan explained that she has noticed an increase of illegal dumping on back roads. She added the Council website did not have opening times for the recycling centre in Manorhamilton and this was confusing for customers.

She outlined that used nappies and boxes of household waste were being left at bring bank centres. She understood that the council couldn’t put CCTV at every recycling centre, but proposed they move the CCTV cameras around the centres frequently.

Cllr Bohan even mentioned that small bins in towns are overflowing with bags of household rubbish and called it “outrageous behaviour.”

Mary Bohan made a public appeal to people not to litter and to use the bring centres with respect.

Cllr Felim Gurn said broken glass and boxes of rubbish have also been dumped outside of the Manorhamilton recycling centres. Cllr Gurn asked if the CCTV footage is checked regularly by the council.

Cllr Padraig Fallon said he too has noticed travelling down back roads an increase of litter dumped along the road.

Mary Quinn from Leitrim County Council said the website can be updated and that it has been proposed to move CCTV cameras around to different recycling centres.

She said prosecutions do happen but they need evidence - like a document with a name and address on it.

The Draft Litter Management Plan for County Leitrim will be brought forward to the members at the July Council for adoption.

The council put forward “Recent initiatives undertaken in a bid to combat roadside littering included placing a two page editorial in the Leitrim Observer in April which both highlighted the littering problem, and showcased the good work done by volunteers. Interviews were also done on local radios in relation to the Adopt A Road and Adopt A Bring Bank initiatives.”

In relation to illegal dumping, there is a Leitrim County Council Hotline (1890 205 205) in place for the public to report illegal dumping. All instances reported are investigated and fines are issued where perpetrators are identified. Cllr Justin Warnock asked for this number to be published on all litter signage and leaflets.

The council are setting out litter black­spots and CCTV will be placed at a minimum of six locations and fines will be issued where offences are detected around the county.

The council stated, “Where illegal dumping occurs on private lands the land owner is issued with a notice to remove it. Failure to do this will result in legal action."

More details on council projects to combat litter and illegal dumping will be published in July following the monthly council meeting.