Proposal had been put forward to raise standing charge 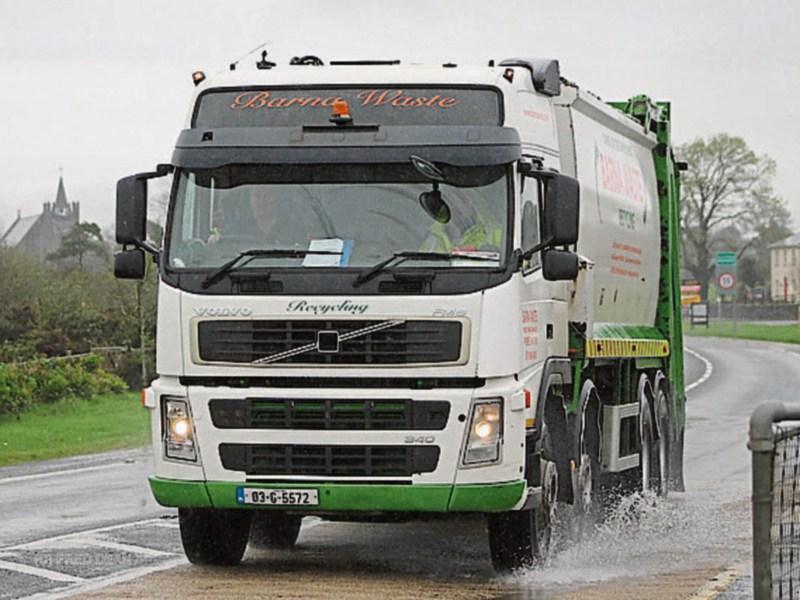 Bin collection charges are to be “frozen” for the next year. It is understood that includes the standing charge that waste collection companies impose on householders.

Members of the Irish Waste Management Association (IWMA) have agreed a number of measures it says “will alleviate consumer concerns” over bin charges.

The trade association for waste management companies have said its members have committed to freezing prices at current rates from 20 June 2016 to 1 July 2017.

“This means that no householder disposing the same quantities of waste will face any additional charges during the first 12 months of pay-by-weight,” the IWMA said in a statement.

The three main waste collection operators in Co Leitrim - Barna Recycling, Donegal Waste & Recycle, and Mulleady's Ltd - are all members of the IWMA.

The news of a prize freeze will be welcomed by consumers but there has been no clarification on whether the price freeze will affect contentious standing charges.

The Leitrim Observer understands that the county's biggest waste collection service provider, Barna Recycling, had recommended a major increase on the standing charge for household bins from the current €80 standing charge.

These flat payments are separate to bin lift charges which are under the pay by weight system which was introduced in Co Leitrim a number of years ago.

No one from Barna Recycling was available for comment yesterday, Tuesday, to clarify the matter.

This controversy has highlighted that people in Co Leitrim have been paying by weight for the past couple of years. One lady told the Observer she felt she was being victimised for living in Leitrim by having to pay by weight when people in other counties did not.

Minister for Housing, Planning and Local Government, Simon Coveney was expected to bring the matter to cabinet yesterday and sign off on the measure.

In relation to the specific price freeze, the IWMA statement continued, “During this 12-month transition period waste companies will provide a cost comparison to their customers that will show the amount of waste they are disposing, their current costs and the equivalent pay-by-weight charges.

“Providing this cost comparison will help householders better understand how waste charges are calculated. They will be able to see how recycling more can reduce their annual charges.”

The group said its members “will use the 12-month transition period to encourage waste prevention and recycling” and expects the Department to “provide an informative awareness campaign that allows the public to understand the need for and benefits of the pay-by-weight system”.