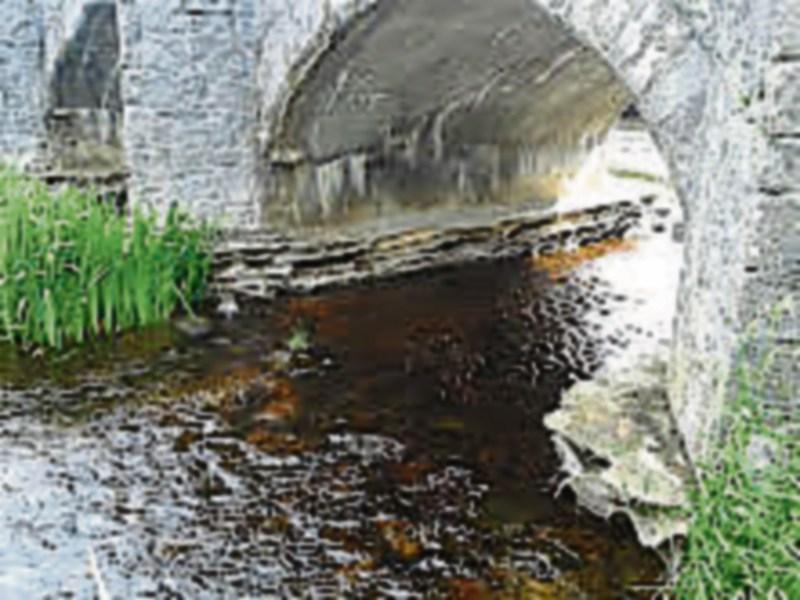 With contracts signed yesterday between Donegal County Council and Milligan Construction to carry out repairs on the Four Masters Bridge, Kinlough, local councillor, Justin Warnock, said that this now brings into focus the need to carry out works on north Leitrim's other main arterial bridge to Donegal, Lennox's Bridge.

Speaking to the Leitrim Observer earlier this week Cllr Warnock welcomed the news that contracts had been signed for work on the Four Masters Bridge.

“This bridge has been closed since before Christmas last as it was damaged by unprecedented flood waters in the River Drowes,” he noted.

“The bridge has continued to deteriorate since the initial damage and only recently the road surface had begun to collapse leaving holes through which you could see the river below.”

Work is to commence on the bridge on July 4, Cllr Warnock said adding: “This closure has had a negative effect on the economy of Kinlough and it will be great for the people of Askill when the bridge is reopened in a few months time”.

However Cllr Warnock has expressed concern about the condition of Lennox's Bridge which lies between Kinlough and Bundoran.

Cllr Warnock said that he had concerns that the bridge, which is being assessed this week, has suffered structural damage to its foundations.

“It (Lennox's Bridge) is being assessed for any structural damage or erosion to its foundations,” said Cllr Warnock.

While he welcomed the fact that assessments were being carried out, he said that a new bridge was needed at this location.

“This old single-lane bridge is no longer fit for purpose and has been the scene of many accidents,” said the Kinlough councillor.

He pointed out that approximately 4,000 vechicles a day were crossing Lennox's Bridge, “a bridge,” he pointed out, “which was built for horses and carts.”

Leitrim County Council also confirmed to Cllr Warnock it will contact the local authority in Donegal to have a 30km speed limit introduced on the approach to Lennox's Bridge from Bundoran in the interest of road safety.