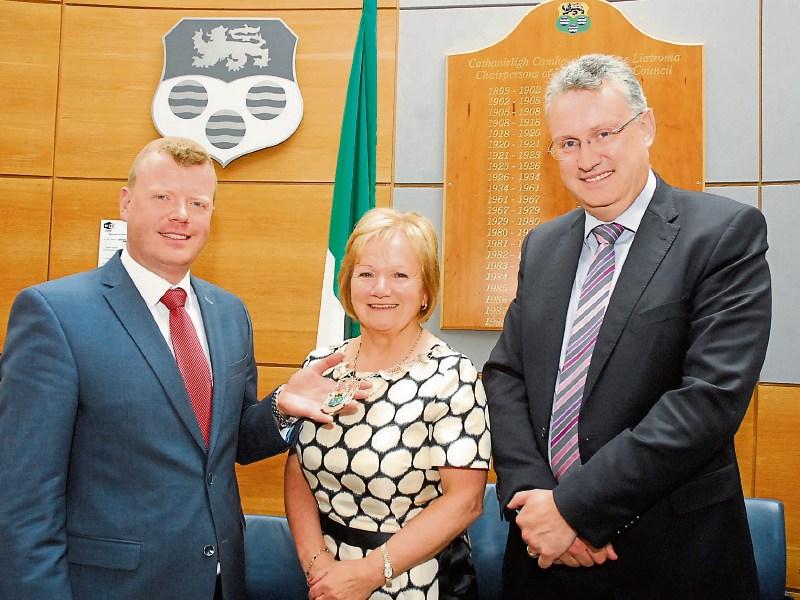 In a relatively straightforward process, Cllr Mary Bohan was elected unopposed to the position of Cathaoirleach of Leitrim County Council for 2016/17.

Taking the Chair, Cllr Bohan paid tribute to outgoing Cathaoirleach, Cllr John McCartin and also took the opportunity to praise her fellow representatives for working together for the “betterment of the people of Co Leitrim”.

She stressed the importance of respect in the chamber amongst councillors and also respect for the staff of the Local Authority, especially in these more difficult times.

Cllr Bohan said that the Council should continue to promote work with the county's voluntary groups for the betterment of our communities and also said she would be prioritising the tourism sector during her term as Cathaoirleach.

A mother and grandmother, Cllr Bohan acknowledged that the challenge would be to “create an environment for young people to be able to stay in our county” in the future.

CEO of Leitrim County Council, Frank Curran, congratulated Cllr Bohan on her election noting she was a “real community person who was bringing a huge amount of experience to the role”.