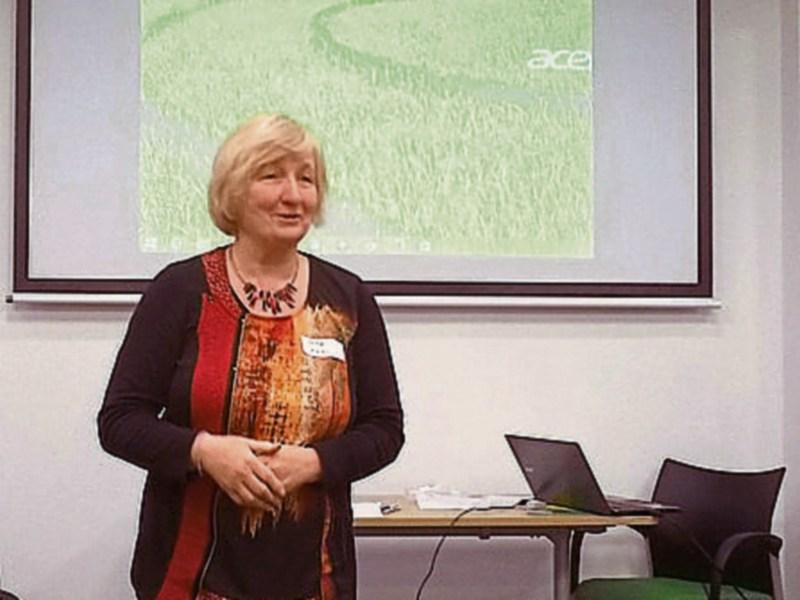 Anti-fracking campaigners are celebrating following the news last week that no oil was found in Woodburn Forest, outside of Belfast.

Infrastrata had drilled 2,000 metres underground at Woodburn Forest, Carrickfergus but found water instead of oil in their two target rock formations.

The drill had been the subject of much concern among the anti-fracking campaigners throughout Ireland who were extremely worried that this would be the start of a fracking operation that would cover 200 square miles of the Larne Basin and also would spark off fracking operations in the Leitrim-Fermanagh area again.

Dr Aedin McLoughlin (GEAI) from Ballinaglera said, “We are so delighted that the drill failed to find oil. What was so frightening about this drilling was.....the inability of the local campaigners to stop, or even delay, the drilling, despite heroic efforts by campaigners and complete dedication to the Stop the Drill campaign.

“All we could do at the end of the day was to pray for a dry well, we got one and thank God for that. But what a close call!

“We can and are celebrating this weekend, but at the back of everyone’s mind is the Infrastrata declaration in their press release: ‘the joint venture will now fully evaluate the data collected in the well and decide where to focus its future exploration activity in the basin’.

Aedin McLoughlin concluded “The war is not over!”

Meg Rybicki from Northwest Network Against Fracking warned that this success is not the end of the campaign.

“The scale of the struggle we are facing is now clear. To stop fracking in Ireland will require a united all-island effort that will engage all sectors – communities, activists, political parties and representatives, and lean on the massive international support that is available to us.

“This is what the campaign against fracking will now focus on. A ban against fracking North and South must be implemented. Valuable lessons have been learned and using these, we will succeed in keeping fracking out of Ireland!”