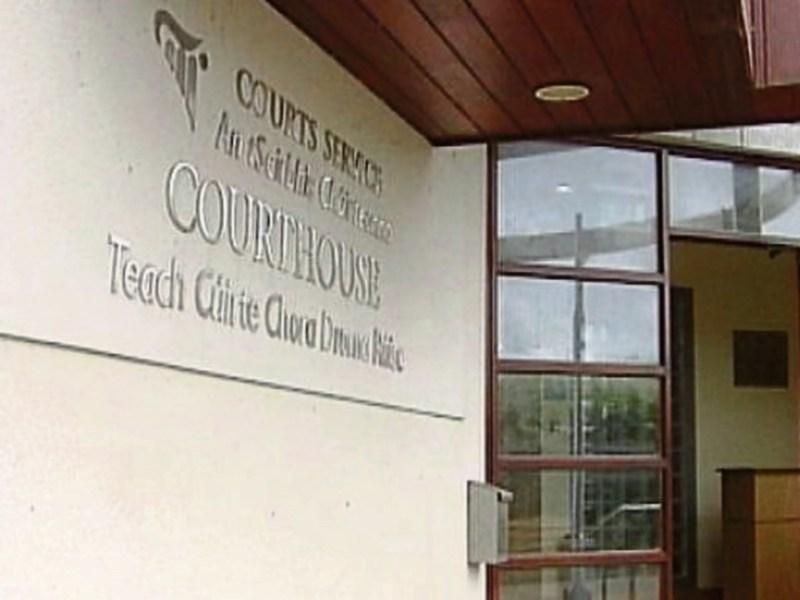 "If the car had been parked by a known criminal it would not have received the attention it received," remarked  Carrick-on-Shannon District Court Judge, Kevin P Kilrane after he dismissed a case against Leitrim District Superintendent Kevin English for an alleged parking offence.

Judge Kilrane not only dismissed the case against the Superintendent, he also called for an investigation to be carried out into the matter describing the actions of Gda Killian, who is presently on sick leave, as "driven out of malice".

Handing down his ruling in the matter, Judge Kilrane noted that "at the time Garda Killian was the subject of disciplinary action (brought by Superintendent English)" and it was "completely inappropriate for her to have involved herself with an investigation into Superintendent Kevin English."

"The investigation from the start was not bona fide and was motivated by malice. The fact she did this when she was under disciplinary action awaiting a hearing is extremely serious. It is approaching intimidation to do what she did," said Judge Kilrane.

Bringing the case against Superintendent English, Gda Sinead Killian, told the court that she had been the observer in a patrol car driven by Gda Dermot O'Connell on August 20, last year in Carrick-on-Shannon when they were flagged down by an "elderly lady" near the Bush Hotel carpark and told of a car parked on a footpath near the back of the Landmark Hotel.

Gda Killian said that they "proceeded directly" to Club 360 at the rear of the Landmark Hotel where they found a Skoda Superb "parked the whole way on the footpath".

She later admitted under cross examination by defending solicitor, Patrick Groarke, that she had known that the car belonged to her superior, Superintendent Kevin English.

During the next two hours the patrol car passed Superintendent English's parked car on "no less than eight occasions" according to Mr Groarke.

Gda Killian said that she had issued a fixed penalty notice for the offence, which had not been paid and a summons was issued to Superintendent English.

Mr Groarke said he believed that Gda Killian and her colleague, Gda O'Connell were "acting in a joint enterprise" against Superintendent English in this matter.

However Gda Killian denied this describing the allegation as "outrageous" and stating she was "just doing her job".

"I have no issue with Superintendent English and I did not act out of malice. It was an offence detected by me," she insisted.

When asked why she had not contacted the Garda Station to inform Superintendent English that there was an issue with where his car was parked, Gda Killian said that just because he was her superior officer "doesn't mean I have to give him preferential treatment."

She admitted she had not checked if the area where the alleged incident had taken place was a 'public place' stating that she had understood this was the case "because of the fact the public had access to it".

Mr Groarke noted that only 11 days before this court case another garda had sent a letter to a Senior Engineer of Leitrim County Council to establish whether this location was, in fact, a public place. The engineer had responded stating that the situation was not clear as some of the area was governed by the Landmark and some by the Council and, in some instances, it would appear, both.

Under cross examination Gda Killian also admitted that she had not inquired whether Superintendent English had been covered by an exemption available to gardai parking in some instances, first saying that she was unaware of any such instrument and then stating that she believed any such exemptions only applied to State cars.

She said that she had given Superintendent English ample time to move his vehicle and had then issued a fixed charge notice for the alleged parking offence on August 20, last year.

Two days after this she had spoken with Daniel Cross, Manager of the 360 nightclub, seeking CCTV footage of the area in which Superintendent English's car had been parked on August 20. The initial footage had not been sufficient, so she said she had made a second application in writing.

As a result she received two discs from which a number of stills had been produced as part of the garda’s case against Superintendent English.

Gda Dermot O'Connell then gave evidence. He also said that they had been waved down by an "elderly lady" in relation to a car parked on the footpath near the Landmark Hotel. He said that, after initially noting Superintendent English's car,  they had returned to the area on a number of occasions as part of their patrol of Carrick-on-Shannon. He said this wasn't specifically to check on the Superintendent's car, but accepted that, on one occasion, he had made eye contact with Superintendent English as his superior officer spoke with someone near his parked car that day.

"I waved at him and he nodded back at me," said Gda O'Connell.

He said it was only later he discovered a fixed charge notice had been issued by Gda Killian for the alleged parking infringement.

Gda O'Connell, who is also on sick leave following injuries sustained during the course of his work, said that he had been the driver on the date in question and all details of the incident had been noted by Gda Killian in her notebook.

It was put to Gda O'Connell that he had filled in a form seeking CCTV footage of the location in which the Superintendent's car had been parked. He replied that he did not recall filling in such a form. When it was presented to him in court, he accepted the application was in his handwriting.

He admitted that in his 19 and a half years as a garda he had never previously sought CCTV footage for a parking incident.

Referring to the footage, defending solicitor, Mr Groarke said that he had checked it and found no elderly woman passing anywhere near the Superintendent's parked car.

Solicitor Patrick Groarke applied for a direction in the matter stating that there were a number of issues with the prosecution.

"The evidence, on any critical analysis, is unsatisfactory in many respects, not least of all because CCTV footage was sought before any summons was actually issued in this case," he said.

He pointed out that his client had not even had a chance to deal with any infringement notice before CCTV footage was applied for as part of the investigation.

He was also critical of the late attempt by gardai to establish whether the location where the Superintendent's car had been parked, was, in fact, a public place.

"It's not sufficient for a garda to say somewhere is a public place. We are saying this was private property and the prosecution should fail."

Handing down his ruling, Judge Kevin P Kilrane said he was satisfied that the elderly lady mentioned in evidence by both Gda Killian and Gda O'Connell as the source of the complaint about Superintendent English's parked car, "did not exist".

"I am satisfied this was a conspiracy of two guards to fabricate evidence and mislead the court," said Judge Kilrane.

"(Gda Killian) should have reported the matter to her sergeant," said Judge Kilrane.

"She wasn't satisfied with that as it wouldn't suit her purposes. She had Superintendent Kevin English prosecuted I believe, to neutralise him," he said.

He described the evidence given by both Gda Killian and Gda O'Connell as "muddled in the extreme".

Judge Kilrane went on to express his concern about the fact that the patrol car containing Gda Killian and Gda O'Connell, spent such a long length of time "hovering about" Superintendent Kevin English's car on the date in question.

"If the car had been parked by a known criminal it would not have received the attention it received," he remarked.

He then dismissed the case against the Superintendent and "urged such authorities", "up as far as the Garda Commissioner", to investigate this specific case and the actions of Gda Sinead Killian.

"The investigation from the start was not bona fide and was motivated by malice. The fact she did this when she was under disciplinary action awaiting a hearing is extremely serious. It is approaching intimidation to do what she did," said Judge Kilrane in conclusion.