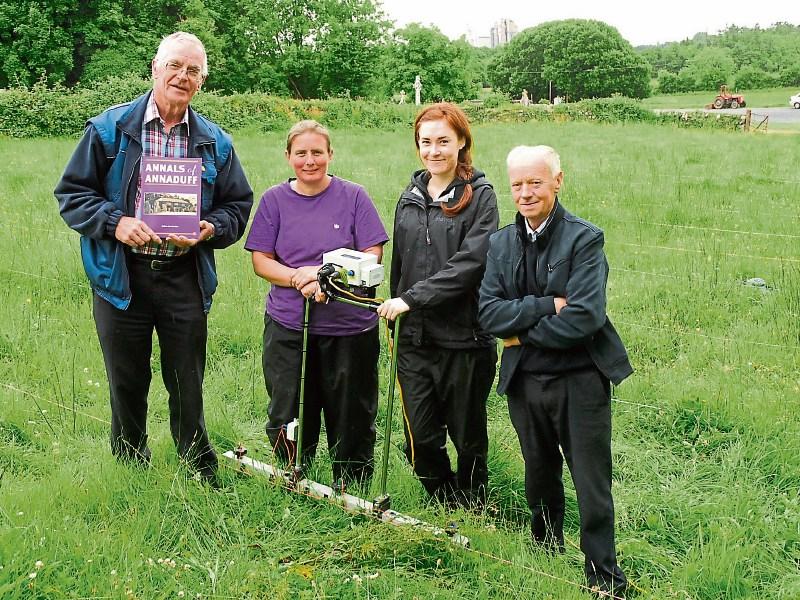 Cllr Des Guckian has been in touch with the Observer and informed us that in 2010, to mark the millennium of the visit of High King Brian Boru to the Abbey of Annaduff, Des published a history of his native Parish called “Annals of Annaduff”.

It contains information like the fact that Annaduff Abbey was founded by a monk from Iona, called Coimin Ea. That was in the year 650 AD.

The Abbey flourished for 700 years and may have been wiped out by The Black Death of 1350 AD.

Des has made great attempts to establish the undoubted importance of the Abbey. He has managed to involve archaeologists from UCD and NUIG, together with the Church of Ireland, Leitrim’s Heritage officer, the local community and adjacent landowners.

This past week the site has been given a detailed geophysical survey. This was carried out by Susan Curran, a post-graduate student from UCD and a small team.

The survey involves magnetometry and earth resistance imaging. It is like building an underground x-ray, without any excavation. In that way, a picture of the main underground features can be built up and history can be reconstructed.

The main aim is to discover the outer boundaries of the Abbey grounds and thereby establish its importance.

Annaduff Abbey was very strategically located beside the Shannon and where three major provinces met. At a time it would have been a major centre of activity.

Des wishes to thank all who have helped bring this survey to fruition.