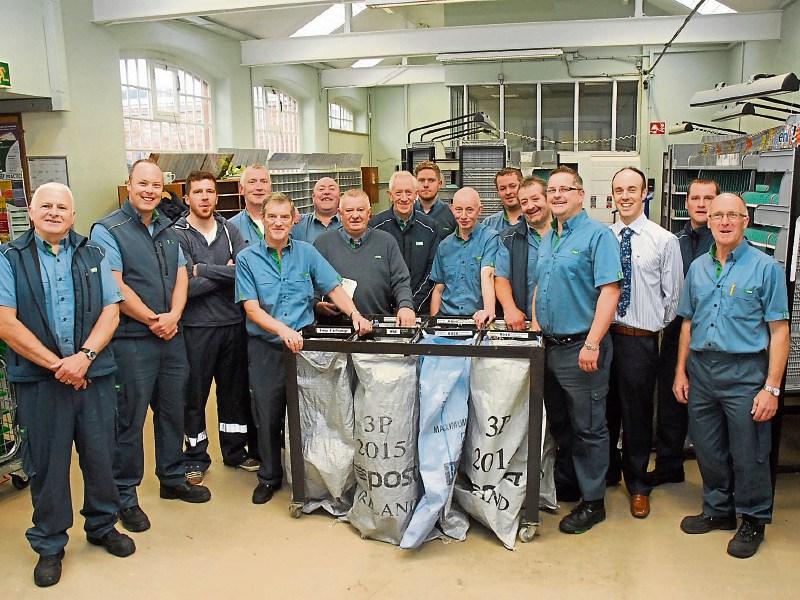 Michael Moran retired as a postman in Carrick-on-Shannon on Friday, 1st July after 49 years and 45 days service.

Michael began work on 17th May 1967 as a junior postman (telegram boy) for P&T. In 1970 Michael was appointed postman driver covering various deliveries in Carrick.

In 1977 he was promoted to Postal Sorter grade. This involved manual sorting and distribution of every item of mail that was posted in Carrick-on-Shannon head office area on a daily basis. Likewise, all incoming mail received for delivery in Carrick head office area had to be sorted and distributed on a daily basis. Now all this mail is sorted, mostly by computers, in the four mail centres around the country.

Some years ago Michael was appointed to the Drumlion delivery area on the Roscommon side of Carrick.

“I will always treasure the warm friendly welcome I received form the people of Drumlion,” he says.

In 2014, Michael was a finalist in the Best Postperson in Ireland competition run by Today FM radio as a result of nominations received from customers on his route.

The certificate he received now hangs with pride in his home, he says.

In Michael's 49 years in the post office, he has served under approximately 10 Head Postmasters, the first being Frank Cullen (RIP) from Sligo.

Michael has seen many changes in his time but the biggest is that Carrick has lost its head office status. It now consists of a retail office and delivery service unit.

Carrick Post Office also lost its own identity a few years ago. Every item of mail posted in Carrick head office area had its own date stamp, and registered items had its office of posting on the label. Now all registered items are bar coded.

Michael was also Branch rep for Carrick-on-Shannon CWU for ten years from 1984 to 1994.

Not alone has Michael given 49 years to An Post, he has given another 40 years part time military service with the 19th Inf. Battallion FCA and 58th Reserve Battallion, retiring in 2007 with the rank of Captain.