Prevention is important, but more support is needed when farm accidents happen 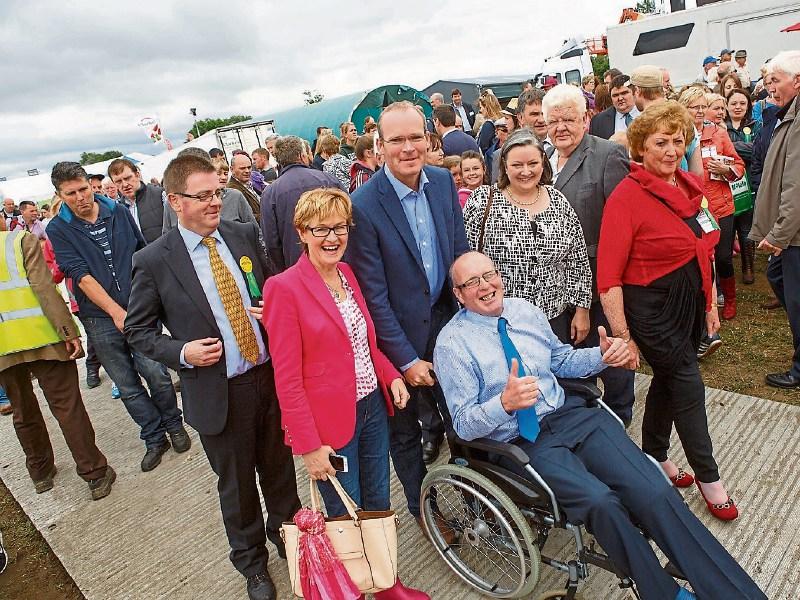 Now in his final year as Chairperson of the Tullamore Show and AIB National Livestock Show, Rodney Cox, said tht he will be looking forward to marking the event’s 25th Anniversary on Sunday, August 14 but notes the impact a farm accident has had on his life.

Having become accustomed to flying around the Show-site by quad, tractor, and foot over the years, 2015 was a strange experience for the lifelong cattle farmer after he was confined to a wheelchair following a farm accident.

He explains: “I was just guiding a few cows through the cattle crush, something I’ve done thousands of times, when one of them kicked my leg. It broke in a few places; meaning a long, frustrating recovery. I’m still on crutches so I can’t do much around the farm. Thankfully, my son, Craig, has been able to pick up the slack or it would’ve been a lot worse.

“A lot of attention has been drawn to the issue of farm safety in recent years, and rightly so. We often hear about the fatal accidents, but there must be hundreds of serious injuries to farmers every year that go unreported. I’d just like to take this opportunity to remind everyone to not take your health and well-being for granted. If you work with animals or machinery, one lapse of concentration can cost you very dearly.

“I will say that I’ve a bit of a personal grievance with the support systems in place for farmers in my situation. While prevention information is very important, I do think the relevant agencies need to do more to help farmers and their families when an accident actually occurs. Being unable to work leads to a lot of complications and worry in a farming household. I’ve tried to get support and advice from a number of places, but to no avail. Having spoken to other farmers, I’m certainly not the only one.”

Asked for his thoughts on the issue of mental health in the farming community, the 52 year-old says: “That’s another topic we need to be more aware of and open about. I think a lot of the stigma surrounding mental health has faded in Ireland in recent years, but I think farmers are still a bit reluctant to talk about things like depression and isolation.

“Farmers tend to want to be self-reliant, but we’re only human. It can be a tough, lonely existence at times; especially for those who live alone. There’s absolutely no shame in reaching out for help, whether that’s from someone you trust or, if that’s not an option, a professional counsellor or one of many free services available, like calling the Samaritans – even if it’s just to get something off your chest, it can help a lot.”