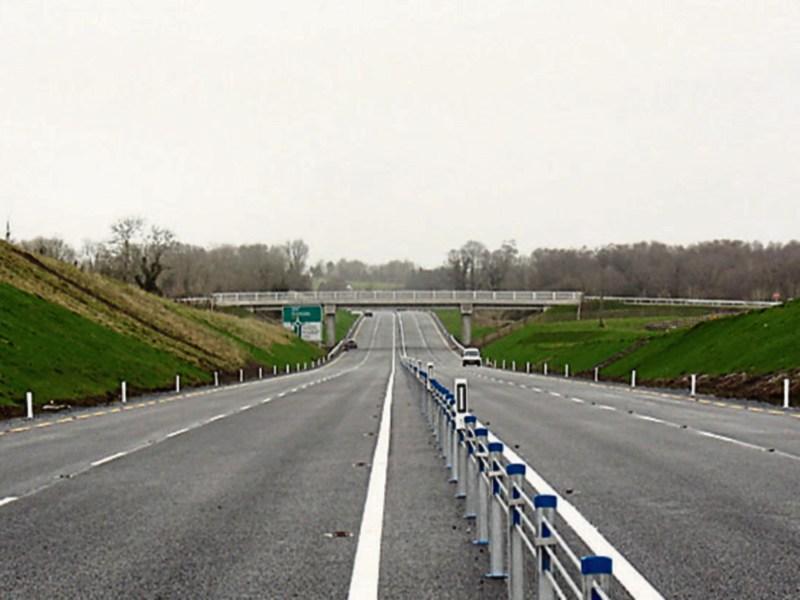 Leitrim councillors have voted unanimously to call for the retrofitting of hard shoulders on the existing Dromod/Rooskey Bypass.

At Monday's Council meeting, Cllr Des Guckian called for the retrofitting of the existing Dromod/Rooskey Bypass describing its design as “dangerous”.

He also sought assurances that any extension of the bypass would also include this along with “numerous crossing points to accommodate local residents with property on either side and to prevent the community on one side being cut off from the other.”

Responding to his motion the Director of Service, Planning, Community and Economic Development, Joseph Gilhooley pointed out that the Environmental, Transportation and Infrastructure Policy SPC committee had already adopted a new policy regarding hard shoulders on all future national road schemes.

“This policy was adopted due to the committee members' concerns regarding the new road schemes at N4 Dromod ­ Rooskey Bypass and N16 Cornacloy to Sradrine,” pointed out the Director of Service.

Mr Gilhooley told the Chamber that Leitrim County Council had since written to the former National Roads Authority, now Transport Infrastructure Ireland (TII), notifying them of this policy change.

However in response the TII said that Leitrim County Council was obliged to comply with the NRA Manual for Roads and Bridges which states that: 'Carriageways, hard shoulder and hard strip dimensions are fixed values.'

The TII said any reduction or increase in the width of these elements is a departure from standard and would require to be dealt with appropriately.

Mr Gilhooley pointed out that the Dromod/Rooskey Bypass is a 2+2 standard over its entire length of 7.8 km and it was designed and constructed in accordance with the Design Manual for Roads and Bridges standards.

“Leitrim County Council are currently exploring the feasibility of the provision of lay­bys in accordance with NRA TD 69 between the Dromod roundabout and the Rooskey roundabout on either carriageway. A submission is to be forwarded to the TII for their assessment.”

However Cllr Des Guckian said this proposal would only be for one lay-by each side of the bypass and said that was unacceptable.

He said that the current design was not sufficient for purpose and posed a serious risk to motorists who developed car issues or who had to stop because of children getting car sick.

“There is a huge problem on this road especially with speed, in fog and when there is ice,” he added.

Cllr Sean McDermott said he would support the motion saying that the failure to provide hard shoulders was a disaster in the long term.

Chief Executive Officer, Frank Curran noted that the agreement to incorporate hard shoulders on all future national roads projects had been, essentially, vetoed by the TII's insistence that the local authority would have to comply with existing national standards.

However Cllr Guckian said that this was not acceptable adding that “if anyone is killed I'll be outside (the Council) with a placard banging on the door.”

Cllr Sinead Guckian said that councillors were “all frustrated” with the response of the TII and noted that the SPC, which she chaired, had voted unanimously to renew the call for the hard shoulder to the TII.

Cllr Sean McGowan said that all councillors would “love to see a hard shoulder provided on this road” but said that this situation was “a difficult one” because of the response of the TII.

Cathaoirleach, Cllr Mary Bohan said it was clear there was support for the motion adding that the Council would “keep fighting” for the change.

She suggested that the Council contact the Road Safety Authority to try and garner support for the hard shoulder change.

Cllr Des Guckian also requested the Council write to the relevant Minister to highlight the concerns about the Dromod/Rooskey Bypass.