Carrick gets tips from Westport 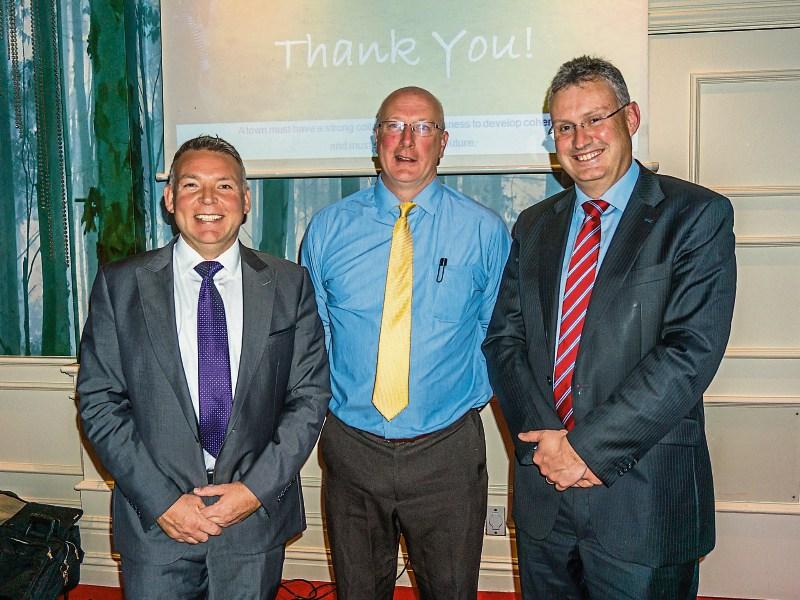 What can Carrick learn from Westport’s approach to town development?

This was the question posed when Carrick Chamber, in conjunction with Leitrim Co Council, welcomed Simon Wall a Westport Town Architect to a meeting of Carrick on Shannon Town Team in the Landmark Hotel last week.

Simon, an award winning architect, is responsible for the built environment as part of the town management team.

He gave a very interesting presentation on the progression of the town for the past 20 years and how Westport moved from being a small country town to a really thriving tourist destination.

Developm,ents and instllations which have proven their worth in Westport could be replicated in Carrick such as adding extra pedestrianised areas, improved streetscape, clear and uniform signage, traffic islands and roundabouts filled with exotic and colourful flowers and plants, some parking spaces being relocated to the rear of buildings where development allows, planned painting of buildings and shop fronts facing the main thoroughfares. He emphasised the absolute importance of public consultation and buy in from all stakeholders. There were three specific areas where he saw further potential for Carrick:

- Rural routeways such as the Blueway with feed in to various small businesses and crafts people.

- Installation of a Civic Square or open space opposite the Bush Hotel at St Mary’s Close.

Simon’s passion for his work was obvious in his presentation and was greatly appreciated by the well-attended gathering.