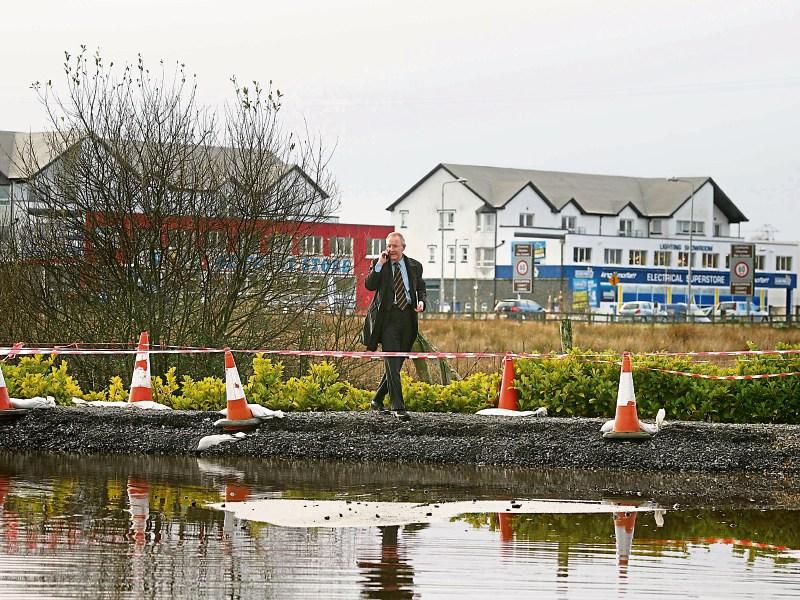 A proposal to build nearly 1,800m of new flood defence walls, 846m of new embankments and the installation of a 2m floodgate have been outlined as the preferred option for dealing with flooding under the draft plan proposed for Carrick-on-Shannon area.

The Draft Flood Risk Management Plan for the Upper and Lower Shannon also calls for the road level to be raised in the Drishogue area.

The preferred option will have an estimated cost of €5,622,669 to complete and will reduce but not eliminate, the risk of flooding to 76 of the 78 properties identified as being at risk of flooding.

The embankments proposed include one around the Hartley area of the town along with embankments and a wall to try and address flooding in the Park Lane and Leitrim Road areas as well as a further wall running along the Shannon from the Landmark Hotel, under the bridge and through to the park beside the Rowing Club.

Another flood wall is proposed for the Cortober side of the river running from Inver Gael Estate right around behind the Carrick Retail Park which includes Supervalu and the Carrick Cineplex.

Two public consultations were held on the Carrick-on-Shannon proposals.

The first in January 2015 was attended by 33 people but only 12 people attended the second consultation in November last year.

The draft plan proposes that an assessment of the drainage system and groundwater flood risk in Carrick-on-Shannon be carried out as part of the design stage of the Shannon CFRAM to ensure that future problems do not develop as a result.

The OPW want members of the public to look at the draft plan for their area and evaluate whether the proposed flood mitigation measures are sufficient to deal with future flooding.

People are also asked to outline what measures or areas should be given the highest priority and what role they and their community could play in regard to the management of flood risk in their local area. The closing date for submissions is September 23, 2016.

Please indicate that your comments are in relation to the Shannon - Upper and Lower Plan and the area your comments relate to. Shannon.