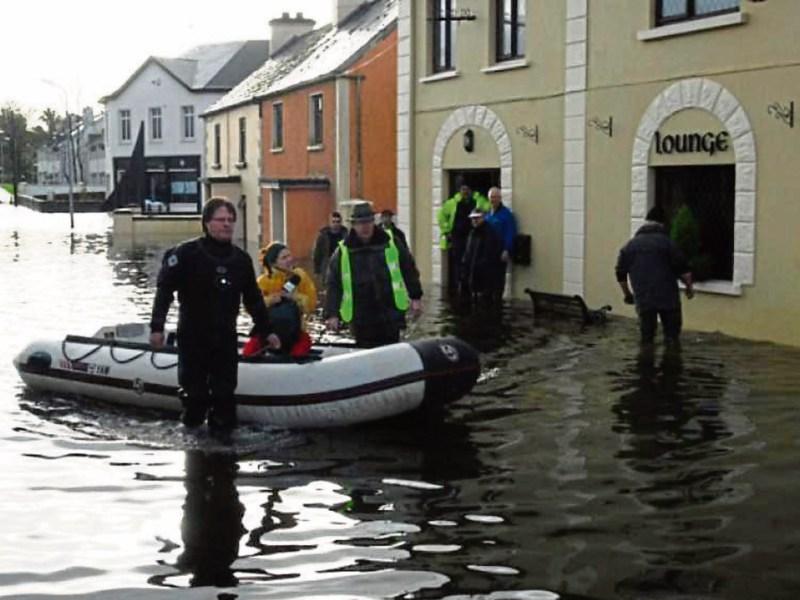 The construction of 142m of a new flood defence wall and 498m of new embankment are proposed to help reduce the risk of flooding for 58 of the 61 properties identified as being at risk of flooding.

The wall runs alongside Leitrim Quay opposite the marina and adjoins a proposed embankment to the rear of properties on the Church road. Another embankment is proposed just off the Battlebridge/Sligo Road out of the village near the Drumhierney Manor Housing Estate, while a third is proposed along the canal on the old fairgreen.

As part of the works outlined in the CFRAM draft plan there is also a call for the construction of a flapped outfall unit to prevent the reverse flow from the River Shannon near the Battlebridge/Sligo Road.

The proposals also include the installation of a hydrometric gauge with water level monitoring and telemetry to send warning messages when water level reaches a specified trigger point. The proposed works are estimated to cost in the region of €1m.

It was noted that the interaction between the drainage system and watercourses would have to be taken into consideration at the detailed design stage of the project.