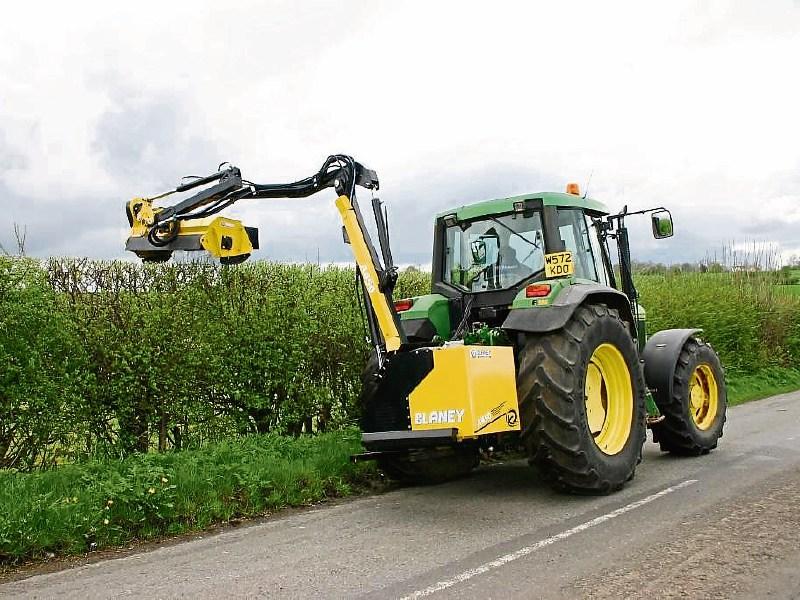 Local roads all over the county “are almost closed over” with hedges and overgrown grass verges according to Councillor Caillian Ellis.

The Fenagh Councillor described the situation as “scandalous” and called on Leitrim County Council to “take immediate action from August 1.”

Complaining that notices from the council for landowners to cut hedges are not effective, he stated “notices are no good” and some regional roads are in a “desperate condition.”

He outlined how he broke a mirror off his bus slowing down to let a lorry pass on the main R202 Ballinamore to Carrick-on-Shannon road recently. He commented, “when you are driving a bigger vehicle you know about it.”

The council said “the matter of hedge-cutting is primarily the responsibility of the landowners,” but they “will be undertaking verge trimming and hedge cutting operations for safety on the nationals routes, regional routes at junctions and busy local road junctions. Notices will be issued to landowners where their verges or hedgerow pose a safety issue to road users.”

Cllr Ellis received support from all the other councillors at the Ballinamore meeting with Cllr Brendan Barry agreeing “landowners are not passing any heed on letters.”

There were also complaints about overgrown hedges and verges at last week's Manorhamilton Municipal meeting.

Council Engineer Michael Flynn said “people generally respond when notified.” He said if the council are made aware of areas to concentrate on they can send out formal notices.

Mr Flynn explained that in REPS, farmers had been required to cut hedges for funding. Since that scheme has stopped “farmers don’t have the same attention to it.”

Cllr Ellis also noted that forestry companies are not cutting pack their trees from the road. Michael Flynn said the council have issues finding out the owners of forestry as notices must go to the registered owners, not the management company.

Cllr John McCartin said there were two “recurring” issues on the Ballinamore to Newtowngore road which HGVs are having trouble with. He advised the council to “bill those people” for hedge trimming.

Cllr Paddy O’Rourke said “Northern Ireland would not allow it,” referring to the state of locals roads.

Michael Flynn outlined that verges can be trimmed “at any time of the year for road safety.” And he clarified that “any over-hanging on the road surface” is against the legislation.

He also stated that the council send out two notices and it takes six weeks to wait for a response, before the council can take action.