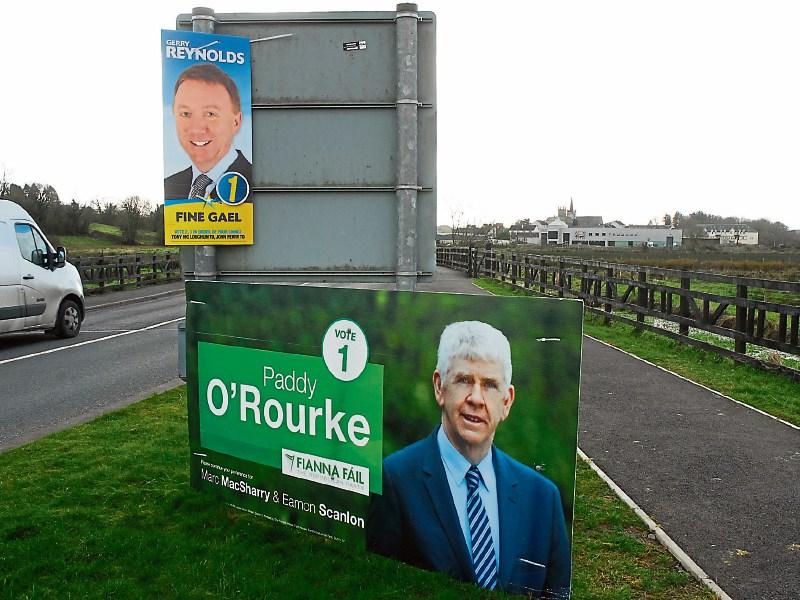 The Ballinamore Municipal District is looking to put their commitment to no election posters into official policy.

The subject arose at the Ballinamore meeting on Monday following much national talk about Dublin City Council's vote to ban election posters.

Members at the meeting were adamant to point out their has been a commitment to no local election posters in the area for 17 years.

Cllr John McCartin stated that the Ballinamore Electoral Area has had an agreement not to put up local election posters for years and proposed it be put into official policy.

Chairperson of the Ballinamore Municipal District, Cllr Paddy O’Rourke said he was one of the people to first moot the idea of no election posters in 1999.

“I made the sacrifice for the greater good,” he stated.

O'Rourke went on to say aside from a “few minor breaches” there have been no local election posters in the Ballinamore area for 17 years.

Cllr O’Rourke said he was “open minded” about extending the policy to include General Elections also. He added the European Elections might be a step too far with candidates from as far as Kildare looking for publicity in this area.

Cllr McCartin said “it is a different world now, there is no need for posters, it has 0% benefit for anyone.”

Cllr Caillian Ellis called the posters an “eye sore” and said he would encourage all other districts to follow their lead. Cllr Brendan Barry agreed with the ban on election posters but added “a new candidate is at a disadvantage.”

Cllr McCartin said sitting councillors agreed not to put up any posters and he thought “it would be unwise for a first time candidate to poster the area alone - it wouldn’t help them.”

Council officials recommended the proposal be brought to the Planning and Environment SPC and the main council meeting. Paddy O’Rourke said “if this body has any meaning it can recommend and implement something as basic as this.”