Organised by the IWA and Drumshanbo and Leitrim Village communities 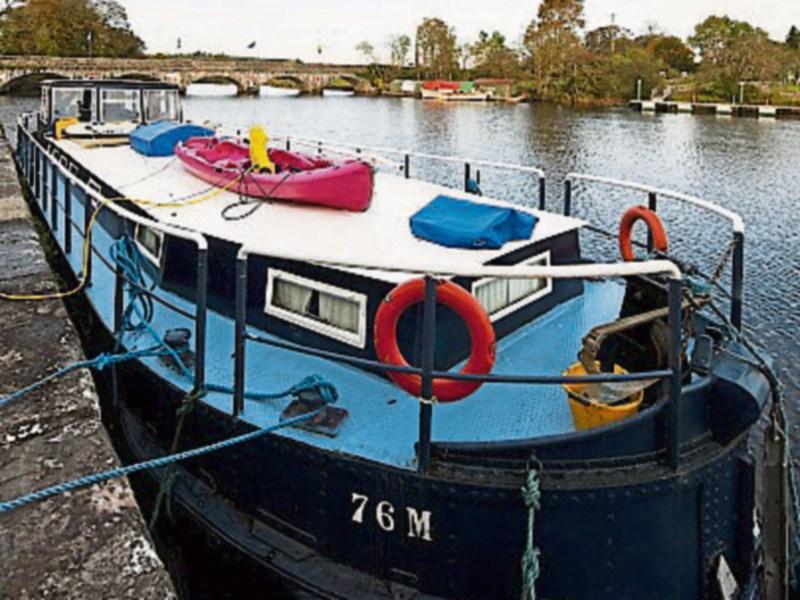 Over 15 of Ireland's unique and hugely significant Heritage Barges "The Big Boats" are touring the Shannon Blueway, Lough Allen and the North Shannon from 23rd July- 6th August. Organised by the Heritage Boat Association, a programme of public events and activities is planned in conjunction with Waterways Ireland and the communities of Drumshanbo and Leitrim Village.

The first activity in the programme is taking place on  Friday 29th July 10.30am as a cargo of coal is delivered by miners from the Arigna mines to a fleet of 12 Heritage cargo boats waiting at Drumshanbo lock on the Lough Allen Canal. The public will be able to watch the loading and walk the Shannon Blueway, from Drumleague Lock to Battlebridge lock with the boats as they travel along the canal to Acres Lake.

Walkers can also join with the boats at Drumhauver Bridge or Drumleague Lock from 11.30am and walk the rest of the way to Battle Bridge with the 'Big Boats'.

On Saturday 30th July, Leitrim Village will host the boats with a festival of music and fun. The public are invited to come along and learn about the Heritage Boats. These “canal boats” are the same commercial barges that once carried cargos all across the inland waterways of Ireland. Activities begin at 2pm with talks in Leitrim Village Community Centre and will be followed by a music and a free BBQ sponsored by the Barge Steakhouse. Visitor can come to look at the boats at the apartment marina north of Leitrim Village bridge.

The Heritage Boat Association is celebrating the North Shannon navigations and in particular the Lough Allen Canal which was built almost 200 years ago to carry the Arigna coal to the main Shannon navigation. They were indeed the juggernauts of their day and the canals were the highways on which the commerce of the nation depended The skippers and crews of the Heritage Boats are particularly interested in meeting with families who would have had friends or relations who worked on the navigation when it was a commercial waterway.

Full details of the trip and the Heritage Boat Association are available on the website: www.heritageboatassociation.ie