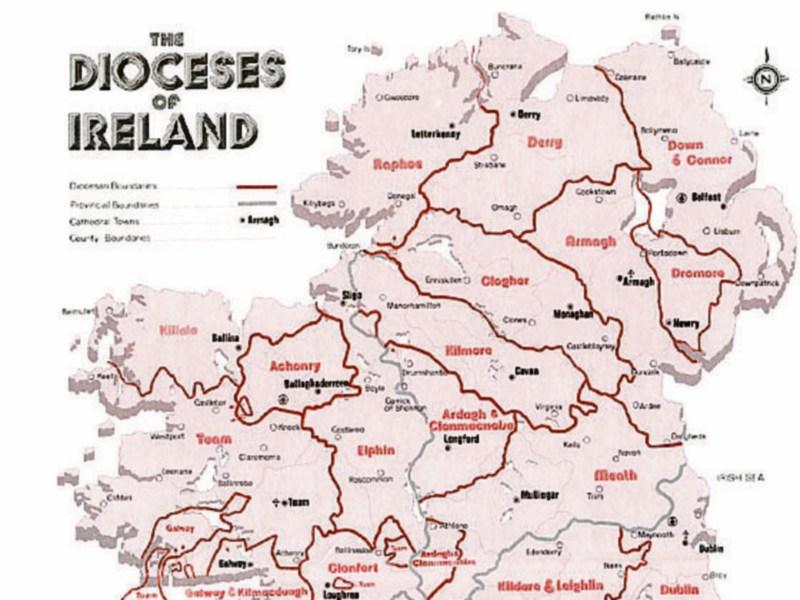 According to a survey carried out by the Irish Catholic publication the highest paid diocese in the country is Clogher, where Parish Priests receive a maximum of €33,960 a year and curates get €27,480.

The Diocese of Kilmore covers most of Cavan, Leitrim, Fermanagh and includes parts of Meath and Sligo, comes a close second in the pay scale.

Parish Priests in this diocese are entitled to an annual allowance, before deductions for diocesan levies, of €31,000, while other priests in ministry receive €29,000. Further details on diocesan levies were not made available to the survey.

In the Diocese of Ardagh and Clonmacnoise which covers parts of Leitrim, Longford and Westmeath, all priests no matter their responsibility are paid €20,400 annually.

The detail of how much priests in the Diocese of Elphin are paid is available on their diocesan website. In parishes of the diocese where the income designated for the support of the priests does not reach the minimum agreed (€20,004 for Parish Priests and €18,732 for curates), the balance is made up from the parish account.

In parishes where the income exceeds the minimum required for the support of the priests, 20% of the surplus is paid to The Elphin Sick Priests and Welfare Fund and the Stewardship Fund which covers any costs associated with operating the safeguarding service of the diocese.

The Diocese of Derry which goes into Co Donegal came out worst in the survey with priests receiving just £720 a month along with some yearly increments.

Many diocese have an arrangement where priests receive increments depending on years of service. The dioceses of Cashel and Emly and Meath refused to provide The Irish Catholic with the details of remuneration for priests in their dioceses.

And no information was received from the Diocese of Dromore.

However due to a large variety of parish and diocese customs, the figures in the survey do not paint an accurate picture.

In some dioceses, a priest keeps the entire donation that a couple may give for a wedding, while others only keep a portion with the rest given to the parish. The same goes for stole fees for baptisms, funerals, house blessings, etc.

When it comes to Mass stipends, Church law is very strict, a priest can only keep one Mass stipend per day. Any remaining stipends are transferred to causes and purposes prescribed by the bishop. Some parishes pay for car insurance and health insurance, while others do not.

For taxation purposes, priests are treated as self-employed so are responsible for ensuring their own revenue compliance and contributions to national social insurance schemes.