The book of Fenagh 500 festival 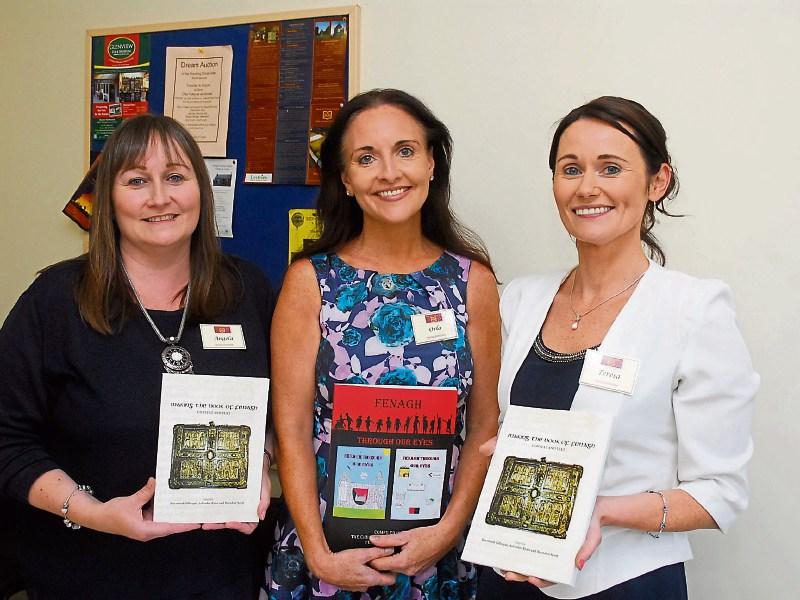 The book of Fenagh is one of Ireland's most important medieval manuscripts. The book is kept in the Royal Irish Academy in Dublin. To mark the 500th anniversary, a Book of Fenagh 500 festival took place over the August bank holiday weekend.

A major programme of events were organised for the weekend. There were lectures by Professor Raymond Gillespie from Maynooth university, Dr. Bernadette Cunningham from Royal Irish Academy Dublin and Fr. Liam Kelly.

On Saturday afternoon there were walking tours with Chris Reid (archaeology lecturer in Sligo Institute of technology) exploring the village, the abbeys, the graveyard and all the monastic ruins. Those who joined these walking tours learned that the village of Fenagh is one of Ireland's best kept archaeologist secrets.

Within the confines of the village, dominated by the medical churches and related earthworks, there are more than a dozen significant archaeological monuments representing almost every major period in history.

Also on Saturday and Sunday afternoon in St. Caillins N.S, there were exhibitions and displays that the school children put together all linked to the history of the area. The book that the staff and schoolchildren produced was also on display for those who had not seen it. Another delightful event that took place was a concert of medieval music in St. Catherine's Church of Ireland late on Saturday afternoon.

Finally on Sunday, the bishop celebrated mass with local priests and in the late afternoon there was a medieval barbeque in the community centre, followed by a drama and music presentation about Fenagh from St. Caillin through the ages.

Many people who attended the events said they learned so much about their local area, they claimed they weren't aware that Fenagh was so steeped in history.

The school children also added that they had taken their local area for granted but when they started putting their book together, they suddenly realised all the history that was linked to their local area.

The event was a huge success with people travelling from all over Ireland to it, and also some came from America and England.