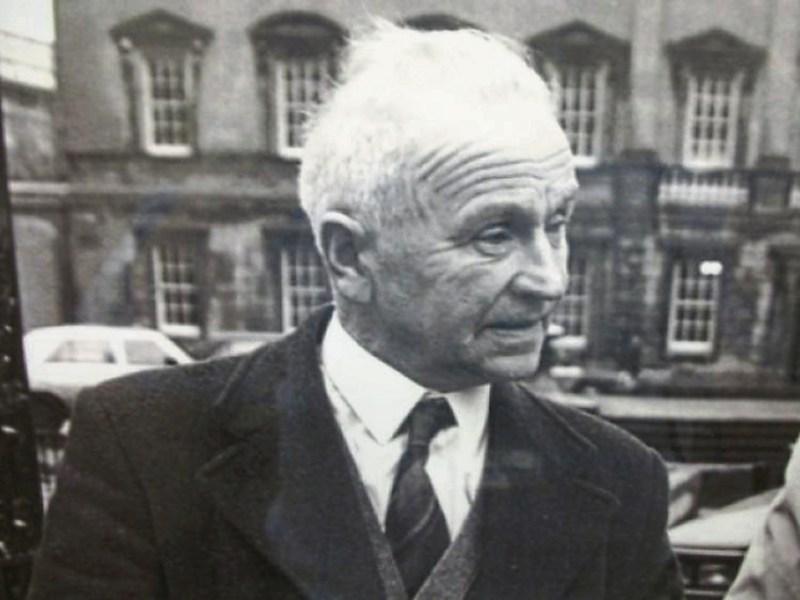 Leitrim’s legendary Republican, John Joe McGirl will be remembered at the annual commemoration in his honour this Saturday August 13 in Ballinamore.

The parade is one of the highlights of the Ballinamore Family Festival which has been running all week, and appropriately so because John Joe was involved in many aspects of the life of Ballinamore, aside from his political life.

The parade, headed by the Mountain Road Pipe Band, will start from the Square at 8pm on Saturday.

The Four Green Fields Flute Band will also take part. The parade will come down the Main Street to the John Joe McGirl monument where the oration will be given by Cormac Ó Súilleabháin, author of “Leitrim’s Republican Story.”

To commemorate the 35th anniversary of the death of Joe McDonald on hunger strike in Long Kesh, Goretti McDonald will lay a wreath at the McGirl monument.

The McKeaney Sisters will sing a song at the monument and will later provide the entertainment in McGirl’s Bar.

John Joe McGirl was one of the iconic figures in Leitrim public life from his internment in the 1940s to his death in 1988.

John Joe who was a publican and undertaker, he served as both a TD and a County Councillor and, during his political career, he also served as Cathaoirleach of Leitrim County Council.

McGirl, who held a lot of respect in the community held the position of Vice President of Sinn Féin.

He had a proud republican history and was interned in the 1940s in the Curragh.

The general public and people who are in town for the festival are invited to take part in the parade and commemoration at the memorial opposite the Community Hall in Ballinamore this Saturday, August 13.