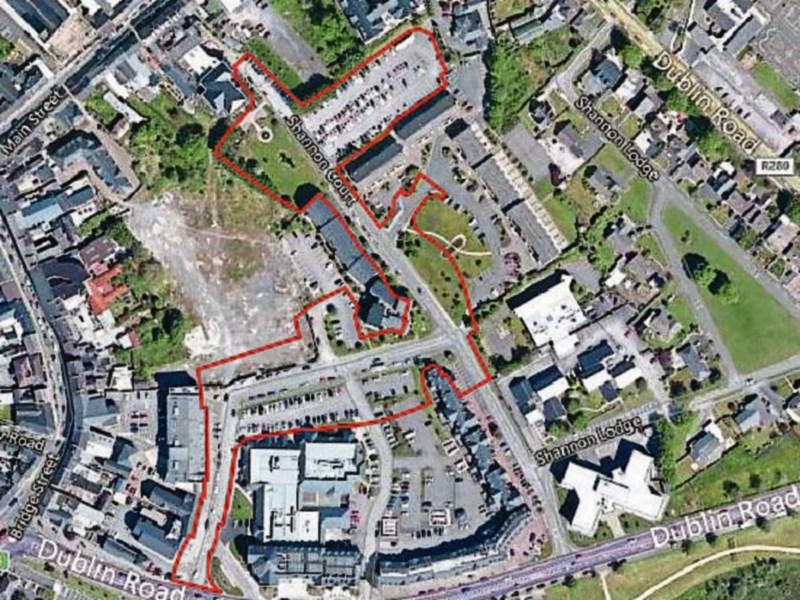 Leitrim County Council is planning to raise roads and put up flood barriers as part of its flood relief works for the county town.

Approximately 380m of local roads at the rear of the Bush Hotel and the Landmark Hotel as well as entrances to a number of apartments and car parks are to be raised to help alleviate future flooding.

These roads were impassable during flooding in the town in 2009 and 2015 and it is intended to raise the level of the roads to above the 0.5% Annual Exceedance Probability (AEP) levels to alleviate the flooding issue.

The proposed works also include the provision of flood barriers outside of Cryan's Hotel (similar to the photo below). The demountable barriers will be approximately one metre in height and should be able to be built up and taken down depending on the flood risk.

As assessment screening of the plans found the proposed development would not be likely to give rise to significant or indeterminate impacts on any nature.

This project differs from recommended proposals published in the Leitrim Observer recently from CFRAM. Those recommendations lead by the OPW are based on a long term strategy for the region and the Shannon.

It is expected funding for these council works will come from the Minor Works Scheme, which was introduced by the OPW on an administrative, non-statutory basis in 2009 following the severe flooding that year.

The purpose of the scheme is to provide funding to local authorities to undertake minor flood mitigation works to address localised flooding and protection problems.

The scheme generally applies where a solution can be readily identified and achieved in a short time frame. The works to be funded are carried out under Local Authority powers and ongoing maintenance of the completed works is the responsibility of the Council.

Under the scheme, applications are considered for projects that are estimated to cost not more than €500,000 in each instance. Funding of up to 90% of the cost is available for approved projects.

Plans and Full Particulars of the proposed developments are available for inspection, or purchase at a fee until September 14 at the offices of the Planning Authority, Áras An Chontae, Carrick-on-Shannon, Co. Leitrim.

Submissions must be sent to the planning office before Wednesday, 28th September, 2016.

However according to the assessment documents, the proposed works are scheduled to commence in early 2017 and will be phased to be completed within approximately three years.