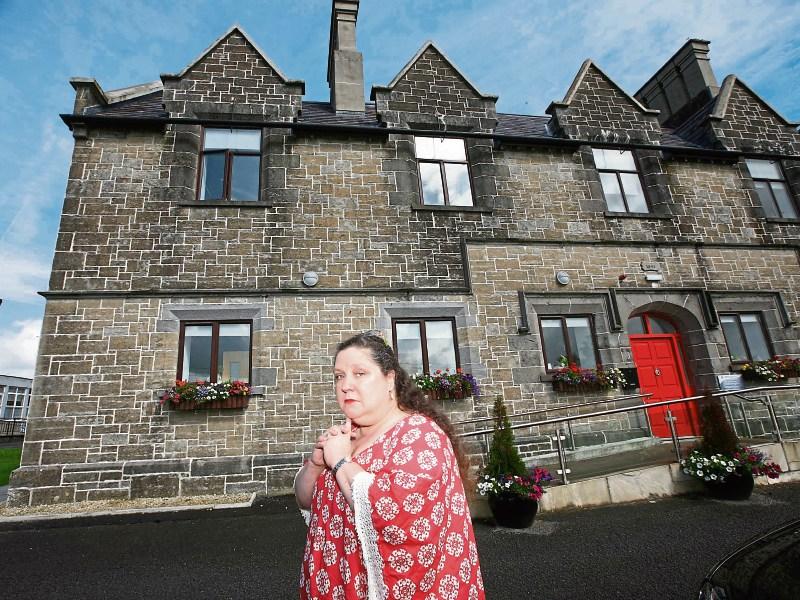 Australian doctor, Neisha Wratten is determined to restore the Famine Workhouse in Carrick-on-Shannon and to create an international memorial there.

The fascinating story of Neisha's great-great-grandmother Bridget Cannon, along with her own enthusiasm and emotional campaign to restore the workhouse was captured across the national media last week.

Neisha was in Carrick-on-Shannon for the launch of the Leitrim Stór book. She has written her ancestor's story for the book and returned for the launch and to campaign for a memorial at the local workhouse.

Neisha' great-great-grandmother Bridget Cannon was selected as one of Earl Grey's orphans to be sent to Australia in 1849, despite her mother being alive and living in the workhouse.

Neisha had first visited Carrick-on-Shannon in 2013 and as part of 'The Gathering' celebrations and volunteered to stay in the Famine Attic Experience.

The event touched her life so much she said she had to return and is even planning her next trip to Leitrim.

Neisha told the paper that during the experience in the Famine Attic, the group were told not to go through a small door as “they were not covered by insurance.”

But the feisty Australian was not going to sit back, she went through the door and was “surprised by the extent of the preservation of the attic.”

She said on the girls' side of the attic she saw a small window which looked out onto the road.

“I looked out the window, at the road, the same road my ancestor walked up to the workhouse, starving. And the same road she walked away on.”

Neisha said for her teenage ancestor, “the Shannon had been the biggest mass of water she had known, but she would journey across three oceans to get to her new home land.”

Neisha wants to get the lease of the workhouse from the HSE to conserve it, restore the rooms and to create a lasting memorial to all the orphaned girls who were transported to Australia during the Famine.

She told the paper she has been “blown away” by the support of the local historical groups, media and politicians.

She said Deputy Martin Kenny told her the workhouse is only used as a storage building for St Patrick's Hospital and he said he will support her moves to restore it.

Neisha believes descendants of the Earl Grey Orphans and Famine 'convicts' will “generously” support the project in Australia.

The determined doctor has decided to write her great-great-grandmother's story and publish it, with the funds raised going towards this project.

She even envisions a video link from the restored workhouse to Hyde Park Barracks in Sydney - which holds a commemoration for descendants from the Famine every year.

Neisha says many descendants still do not know about their family history.

She said her research “fell into place” but she tells people not to give up when they hit a stumbling block but to look for other resources.

Neisha said she didn't know she was missing a part of her life until she visited Carrick-on-Shannon and now she says it is like “coming home.”

She will be back to further the project next year.