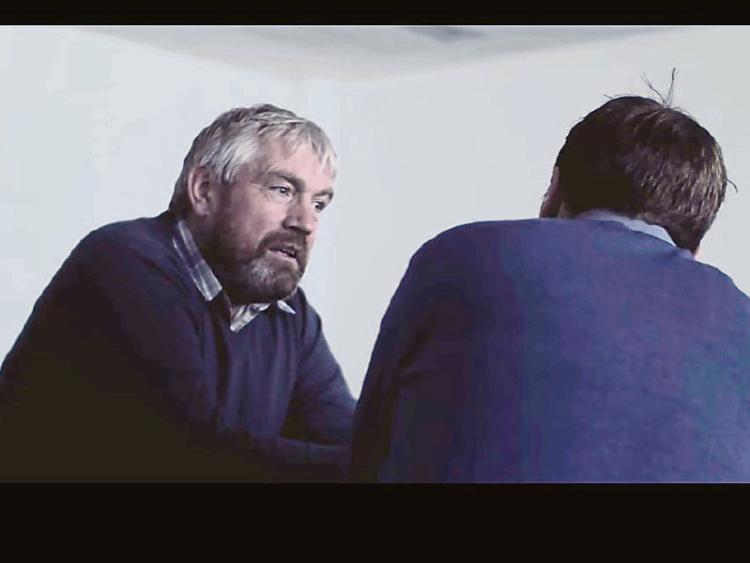 A new film, written by a Glenade man, shot locally and including a Leitrim actor, is due to be released nationwide shortly.

Locus of Control was written and directed by Sean Clancy from Glenade.

This feature length film (86mins) was shot around Sean's home place in Glenade as well as Manorhamilton Bee Park Community Centre and scenes include housing estates and apartment blocks in North Leitrim.

Glenade Lake features in the background of a scene early in the film.

The talented Sean Clancy not only wrote and directed the film, but he also got behind the camera for some footage also! The 27-year-old has been known to command many of the crew roles in previous projects.

And if that wasn't enough Leitrim for you, Carrigallen's talented actor, story teller and playwright, Seamus O'Rourke is an actor in the dark story about a comedian!

The film was made independently and doesn't have distribution yet but according to Sean, “Locus of Control starts the festival circuit soon with screenings to be announced shortly.”

The Irish premiere of the film, which has already attracted much media attention following the release of the trailer, will be announced in the next few weeks.

In personality psychology, locus of control is the degree to which people believe that they have control over the outcome of events in their lives, as opposed to external forces beyond their control.

As an increasingly anxious Andrew grows accustomed to the droll institution and its occupants, he suspects that one of the students may be his downfall and that the previous teacher may not have left of his own accord.

His life slowly unraveling, Andrew's lessons fall on deaf ears and he soon becomes part of a larger cosmic joke.

If the trailer is anything to go by this will be a thriller with some dark Irish humour to balance it out.

The film was shot last year in Leitrim and Sligo and edited this year for release.

To see the trailer look up Youtube and search for “Locus of Control- teaser.”