Heritage Week to be marked in Dromahair 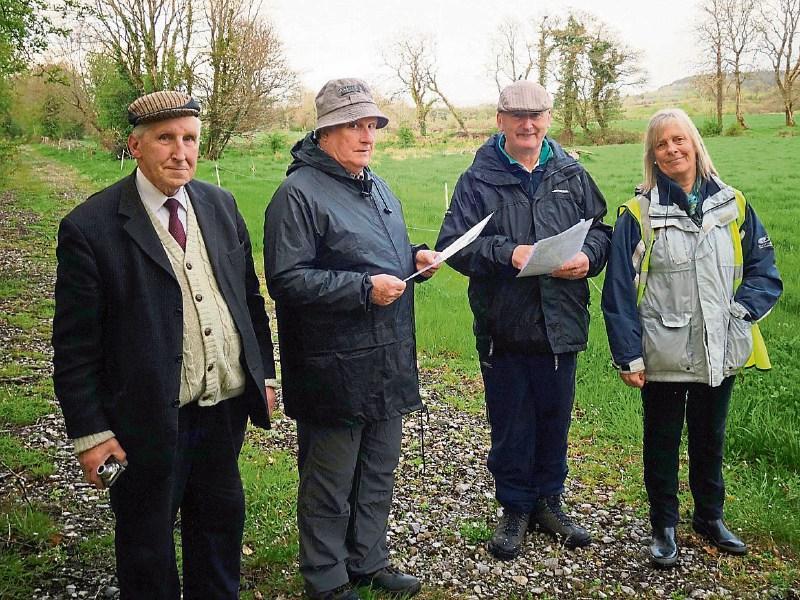 As part of Heritage Week, which has been running from August 20 and continues until next Saturday, August28, three milestones which were locally commissioned and crafted will be unveiled in Dromahair along a route which will soon be opened as a public greenway.

The three milestones for the townlands of Bawn, Edergole and Creevelea have been designed and sculpted by Seamus Dunbar who is based in the Sculpture Centre in Manorhamilton using the original Irish place names - An Chraobh Liath (Creevelea), An Bábhún (Bawn) and Eadargóil (Edergole). The Dromahair Heritage Group felt it was important to use the original Irish townland names as the English names are in many cases based purely on the phonetic sounding of the original names.

The idea for the creation of the milestones stems from a separate project which it is hoped will soon see the opening of a 1.2km demonstration stretch of greenway. The demonstration greenway (1.2km) is part of a project that will form the 'Abbey Loop' bringing the total distance to 5km.

The 'Abbey Loop' will incorporate the demonstration stretch as well as quiet, country roads and the picturesque village and surrounds of Dromahair.

The idea to develop the loop is part of a bigger, ongoing project, which it is hoped will result in the old Sligo Leitrim and Northern Counties Railway (SLNCR) route being developed into a greenway suitable for walking and cycling.

It is envisaged that route will stretch from Collooney to Enniskillen and it is thought the route could prove to be as popular as that in Mayo which stretches from Westport to Achill.

The Dromahair Heritage Group believe the 'Abbey Loop', as part of a bigger greenway, could help revive the fortunes of the village as has been the case in Mulranny.

The Heritage Group have produced a bilingual brochure which details in Irish and English the various areas of cultural and historical interest that are featured on the 'Abbey Loop'.

With the exception of sponsorship from Glór Chluainín, the Heritage Group have received no funding and are encouraging anyone who may be able to offer sponsorship to approach them as it is hoped that if the loop proves to be a success, further milestones may be erected.

It is believed the undertaking by the group to have the greenway and loop developed without assistance is unique for a community project in Ireland and the group have expressed their thanks to all landowners who have granted permissive access.

The milestones will be unveiled on Saturday next, August 27 with members of the public invited to meet at the Abbey Hotel car park entrance at 2.45pm.