O'Rourke heads to The Gaiety via the scenic route 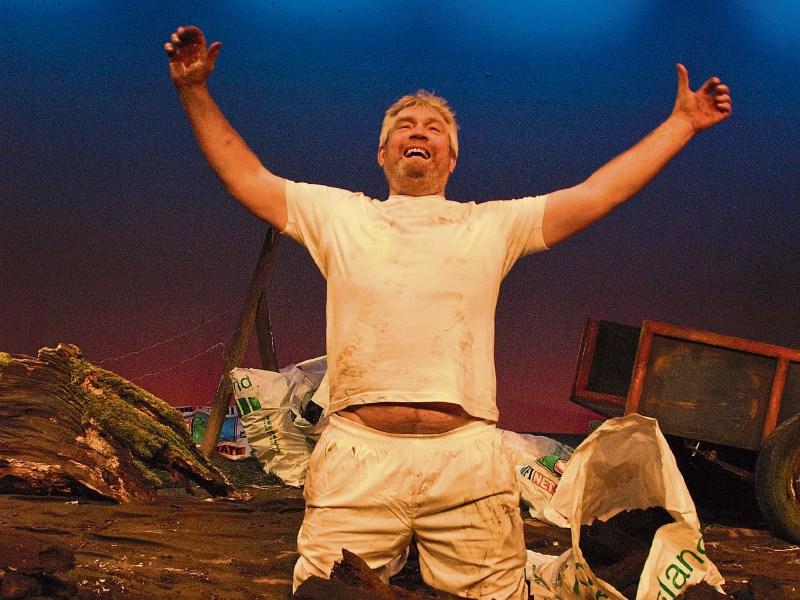 Seamus O’Rourke is back in the Gaiety Theatre, Dublin this November when he stars in Jimmy Murphy’s ‘The Kings of the Kilburn High Road’.

The show runs for two weeks at the famous Dublin venue before heading to the Ramor Theatre, Virginia and finishing up in the Everyman Theatre in Cork.

But before all that O’Rourke takes a more scenic route around the rural countryside with his new hit show, Danger Money, written by Ballyconnell man John McManus.

Seamus and John have collaborated before on another of McManus’s plays, ‘The Quare Land’ and the outcome once again is sensational. The play is set in Leitrim, in the bog, a few miles from Dowra where Teddy (The Mucker) Tuker bags turf and gives his theory on St Patrick, on snakes, on his landlord who happens to be an ex-guard with ‘helper syndrome’ and an array of colourful characters who inhabit his current mundane existence.

But it’s his past that needs tending. Thirty years of tunnelling in London must lead to somewhere other than the bog in Dowra!

Teddy probes and prods, throws away and bags and ultimately, what could have been a lazy evening in the bog turns out to be hilariously mad and wild and raw and then… something spectacular happens: “We don’t know what we don’t know.”

Danger Money has been going down a storm since it opened in May this year and starting in the Corn Mill Theatre, Carrigallen this Thursday, August 2,5 Seamus and his company ‘Big Guerilla Productions’ will take Danger Money to twenty more venues between now and the end of October.

O’Rourke tells the Leitrim Observer, “The Gaiety is grand, but they’d know more about bagging turf in the other venues!”

After the Corn Mill on August 25, 26 and 27 , the show can be seen locally in The Glens, Manorhamilton on September 8, Backstage, Longford on September 29 and 30, in Roscommon Arts Centre October 7 and in Fenagh Community Centre on October 8.