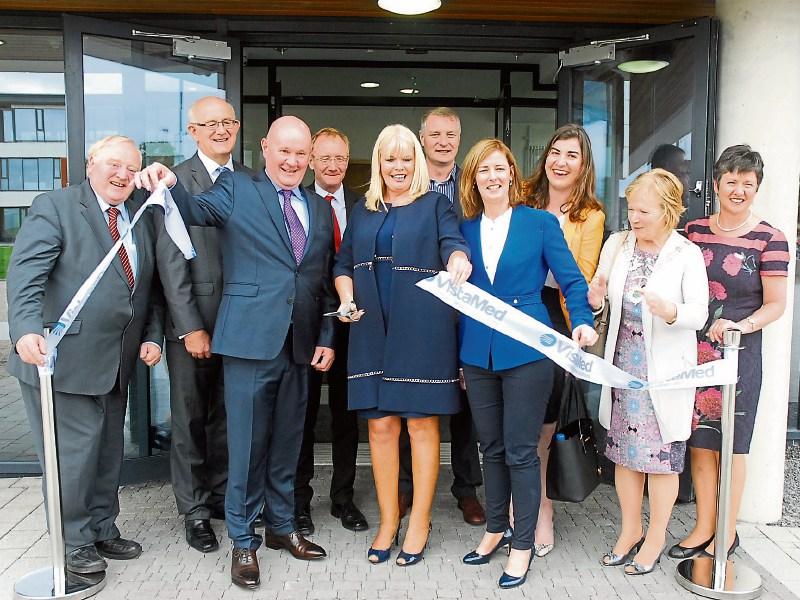 Minister for Jobs, Enterprise and Innovation, Mary Mitchell-O'Connor has hinted that there are more jobs announcements in the mix for Co Leitrim.

During her visit to Carrick-on-Shannon on Monday to announce the creation of 200 jobs as a result of a new research and development expansion for medical devices company, VistaMed, Minister Mitchell-O'Connor told those gathered outside the new offices that she had been speaking with a number of companies based in Leitrim recently.

She remarked “all I can say at the moment is that there are other companies in Leitrim who are promising me more jobs.”

Speaking to reporters following the jobs announcement, Minister Mitchell-O'Connor said that the message was “clearly one of recovery” for rural areas.

Noting that the rate of unemployment in Co Leitrim and the local region was running at around 8%, a figure, she noted, which was slightly higher than the national average, the Minister said that she felt that this was not acceptable and she was committed to seeing more jobs created.

She said that she had visited the former MBNA/Bank of America site in Carrick-on-Shannon and noted there was strong interest in the DOCentre enterprise facility already.

She said it was her role as Minister to bring jobs to rural Ireland and she was committed to seeing that become a reality, adding that at the end of her term she wanted people to judge her success by looking at the jobs brought to rural areas during her time in office.