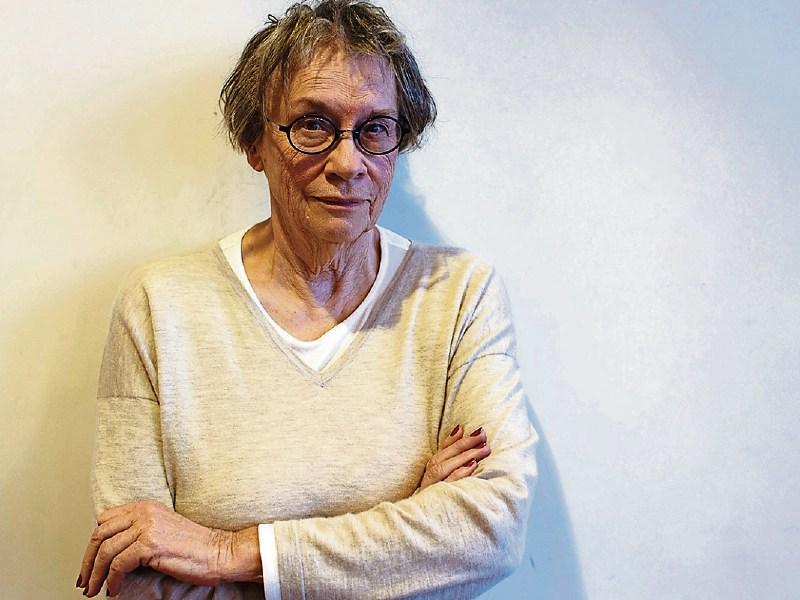 Celebrated American novelist Annie Proulx and Laureate for Irish Fiction Anne Enright are among the writers taking part in the first Iron Mountain Literary Festival in Leitrim in October.

Arising from the John McGahern seminar which ran from 2007 for eight years, the Iron Mountain Literature Festival was established this year, reframed in a wider context involving writers, artists and thinkers from many perspectives.

The Man Booker Prize winner opens this new festival and talks to festival director Vincent Woods about writing and her work as Laureate for Irish Fiction.

The festival's sprit is inspired, in part, by Annie Proulx's memoir Bird Cloud whose subtitle – A Memoir of Place – illustrates the curatorial approach with the new festival; an approach which has allowed for a wide-ranging event combining panels, talks and readings which look to ideas central to an exploration of place, home and identity.

As well as reading from her latest book Barkskins, Proulx, who designed and built her own home on 640 acres of Wyoming wetlands, is joined by architect and self build advocate Dominic Stevens to discuss architecture, the environment and the challenges of building a home in the place you love.

Keith Hopper of Oxford University gives a talk on language and landscape in the work of John McGahern and Dermot Healy, and the festival will host the official Irish launch of two new books on Dermot Healy's literary legacy - his Collected Plays and a volume of writings in tribute to the late novelist and playwright.

Fermata, Writing Inspired by Music by Vincent Woods and Eva Bourke was published earlier this year are they are joined at the festival by Brian Leyden who contributed to the book with piper Néillidh Mulligan, singer Mary McPartlan and Tommy Guihen on concert flute.

The name Iron Mountain refers to Sliabh an Iarainn, the rugged mountain which ascends 585 metres from the eastern shore of Lough Allen from where the iron was mined that supposedly went to make Dublin's Ha’penny Bridge.

Archaeologist Sam Moore will talk about the rich mythology and folklore associated with Sliabh an Iarainn and the surrounding region and leads a field trip to some of the features to be found there.

Historian and writer Shane McCorristine explores concepts of the coal mine as a haunted space and discusses the history of premonition in relation to mining accidents in England in the nineteenth century.

Later over the weekend, Shane is joined by Conor McPherson to talk about place, memory, and the role of literature in shaping an understanding of history and human experience.

As part of the programme Leitrim County Council and the Tyrone Guthrie Centre have created and will present the inaugural John McGahern Award to support new writing and to pay tribute to the exceptional contribution of John McGahern to literature, and to Leitrim.

The recipient of the Award will receive a two-week fully resourced residency at the Tyrone Guthrie Centre and a stipend of €500.

The Iron Mountain Literature Festival takes place in The Dock, Carrick-on-Shannon, on October 7 and 8.

The Fee for the festival is €60. This includes all talks, readings and field trip.

For further information and to book tickets phone 071 96 50828 or go to www.ironmountainfestival.ie