Going that extra mile for the Irish Cancer Society 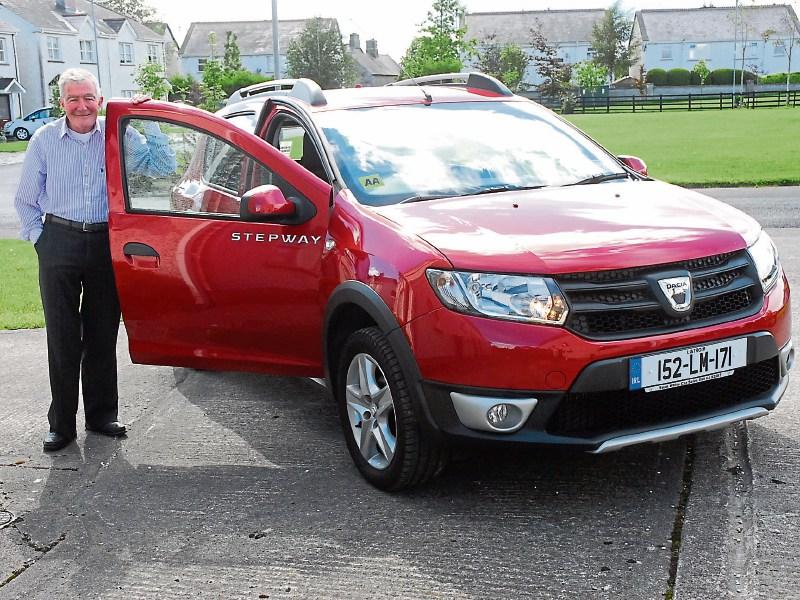 One in three people in Ireland will be diagnosed with cancer in their lifetime and despite huge improvements in survival rates and early detection, the fact remains that the vast majority of those diagnosed must undergo some type of treatment, often in hospitals far away from their home.

For those with access to public transport, those close enough to treatment hospitals or those with family or friends who can get the time off work to ensure treatment appointments are met, the process is relatively straight forward. But, if you are one someone who, perhaps, lives alone or doesn't have a ready way of making it to an appointment, there can be significant stress added at an already difficult time.

That is where the Irish Cancer Society's Care to Drive service comes in.

The service, which began in 2011 has been instrumental in helping thousands of patients undergoing chemotherapy treatments, make it to and from their appointments at hospitals around the country.

At its core are the volunteer drivers who use their own vehicles and their own time to bring relative strangers to hospital.

But what makes people get involved in Care to Drive?

In the case of Dromod man, Shay Hession, personal experience having to travel by train to Dublin for doctor's appointments was part of the inspiration behind his decision to volunteer for Drive to Care.

Eight years ago last January Shay was diagnosed with a serious health condition and as a result, had a lung removed. At the time he was living in Meath and he had to travel, while seriously ill, on public transport to and from hospital appointments in Dublin. He remembers just how difficult this was when you are already struggling with ill health.

Six years ago, Shay moved to Dromod with his wife and two years ago when his wife came home from an ICA meeting with information on the Care to Drive service, he thought this would be a perfect way to “give something back” and also help people to make appointments for their treatment.

Shay contacted the Irish Cancer Society and attended a meeting in Galway with 50 or so other volunteers where they were informed what the service was, what they would be expected to do and had questions answered.

After garda vetting and meeting other criteria, Shay and his fellow volunteers began their work driving patients to appointments.

That was two years ago and now each night Shay receives a list of available journeys for the coming days and, if he is available he can apply to complete a drive.

If he is approved he finds out about three days before the trip the name and address of the person he will be bringing to the hospital and before the journey he will contact the person, introduce himself as their driver and get directions to their home.

Those he collects could be any age, male or female but everyone has one thing in common, they are undergoing treatment and for them, the Care to Drive service is not just invaluable, it is, quite literally, a lifesaving initiative.

But even though the service has been running for a number of years, there are still people who are unaware of it and the call is ongoing for volunteers to drive.

“I was talking to someone about the service the other day and was told that a lot of people still don't know about it,” he acknowledged.

He said that the reality is that with schools starting back at this time of year, and people finding difficulty in getting time off from work to bring a loved one to a regular hospital appointment for treatment such as chemotherapy, this service is a godsend.

Plus, he says, for the volunteers you get to meet all kinds of people.

“The first thing I do when I pick up someone is turn off the radio,” says Shay.

“It gives people a chance to relax and talk if they want.”

To date Shay has brought people to appointments in Tullamore, Galway, Ballinasloe, Sligo and Dublin.

“I enjoy what I do and I hope to continue volunteering for as long as I can. The way that the people you bring and their families feel when you contact them and say you will collect them for their appointment, they are so grateful. You wouln't believe how much such a service is appreciated.

“I would definitely encourage more people to consider volunteering. I enjoy it and it makes a difference for people at a time when they need help.”