The Alan Kelly Gang are back 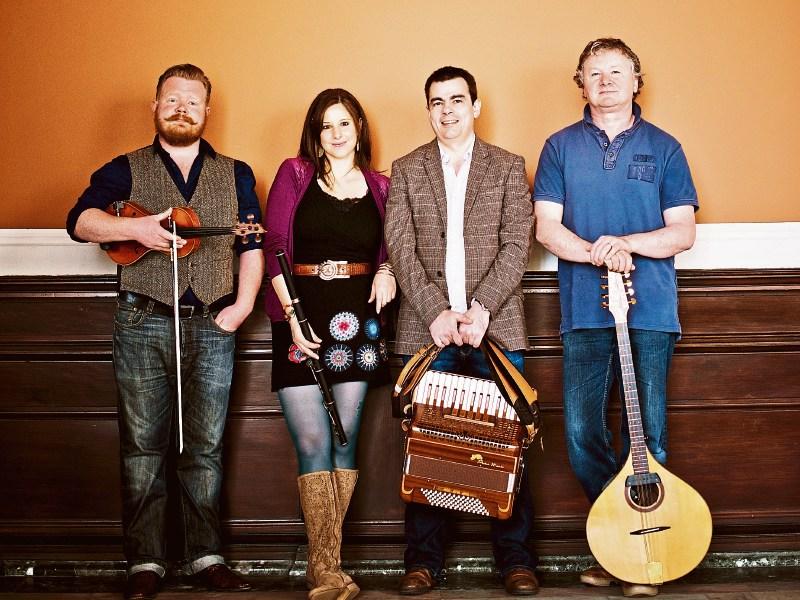 The Alan Kelly Gang & Eddi Reader are back for one night only in The Dock on Wednesday, September 7.

If you have seen them before you will know that you can expect; sheer musical synergy in its most natural form brimming with powerful instrumentals, alluring songs and buoyant harmonies.

If you haven’t had the pleasure this is a wonderful union of Scottish and Irish traditional and folk music from true masters, a musical experience that will stay with you long after the last note has sounded. Originally put together as a once off collaboration, the idea has since developed into a global headlining act; their performances have been praised for leaving audiences spellbound.

Alan Kelly has long been declared Ireland’s innovative piano accordion maestro and not, he is joined by, acclaimed New York singer and flautist, Steph Geremia, and the masterful and innovative guitarist, Ian Carr.

The gang delivers a unique and diverse perspective to the Celtic repertoire. The sheer energy and variation in repertoire that they infuse into their live performance has set them apart from the mold and placed them at the cutting edge of the traditional and world music scene.

Eddi Reader has effortlessly developed into one of popular music’s most thrilling and affecting performers, with an MBE, a number 1 single and 7 acclaimed solo albums behind her.

From the traditional to the contemporary, Eddi extinguishes the preordained boundaries of genre, bringing joyous life to all forms of song. Tickets are available now at thedock.ie or on 0719650828