Item of the Month in Ballinamore Library 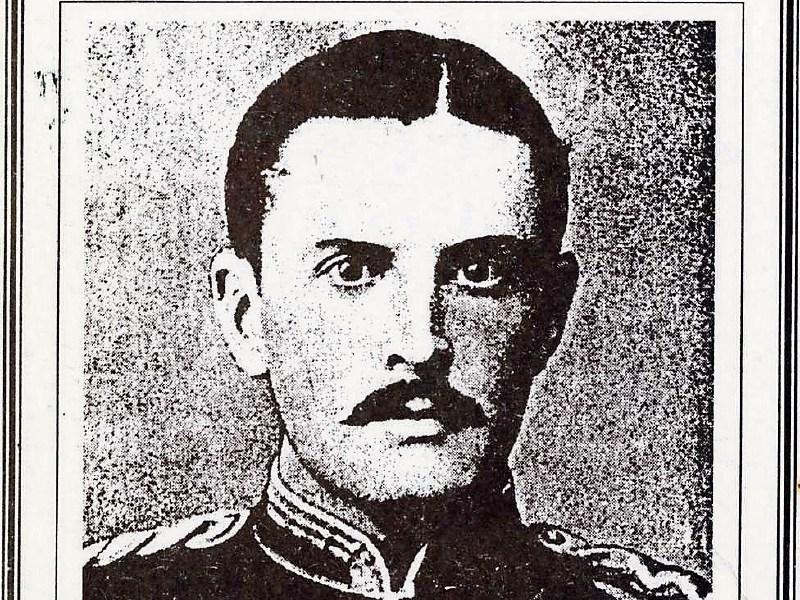 The September item of the month in Ballinamore Library is about Thomas H. Parke who was a truly remarkable Irishman.

He was born on the 27th November 1857, at Clogher House, Kilmore, a short distance from Drumsna, where he lived his early years. He died suddenly 35 years later, in the prime of life.

Apart from his humanitarian and medical achievements, he had crowded into his short span on earth, experiences which would do justice to a H.G. Wells or a Robert Louis Stevenson adventure story. In Dublin, a statue was erected to honour this great man. It stands close to the entrance of the National History Section of the National Museum in Merrion Square, Dublin. The bronze plaque depicting Parke sucking the poison from an arrow wound, with the great explorer Stanley, standing by, at the base of the statue.

While Parke led an eventful and incident packed life he did not become widely known until he joined Stanley’s Congo Expedition in 1887. He proved to be the backbone of this enterprise. At the time that Parke joined the expedition, he was the first Irishman to cross Africa. He was also the second doctor to do so, being preceded only by David Livingstone.

On April 20th 1888, Parke and Jephson, while on a shooting trip to replenish food supplies, first sighted the mountains. They reported the matter to Stanley who was sceptical but on May 25th 1888, the clouds parted and this time Stanley saw the snowy peaks glimmering in the distance. Thus the last of the legendary features of the fountains of the Nile came to be discovered. Stanley in his account of the expedition “Through Darkest Africa” failed to mention Parke’s and Jephson’s priority in sighting the range. When Parke finally returned to the United Kingdom he became the worthy subject of high professional acclamation.

Among the testimonials given to him was the honorary fellowship of the Royal College of Surgeons of Ireland. He then took up his army duties once more and wrote two excellent books, “My Personal Experiences in Equatorial Africa” and “Guide to Health in Africa”.

He was entertained at a banquet by his fellow officers of the army medical staff. The Editors of “The Lancet” entertained him at their offices on the afternoon of June 6th 1890 and presented him, in the presence of their staff, with a large silver salver. In the evening of the same day a banquet was given in his honour by some of the most distinguished medical men, under the Presidency of Sir Andrew Clarke. The Chairman, Mr Jonathan Hutchinson and Sir James Page all spoke in eloquent terms of his services.

The University of Durham conferred on him the Honorary Degree of D.C.L. and he was presented at Birmingham with the Gold Medal of the British Medical profession for distinguished merit.

The hardships that Surgeon Major Thomas Heazle Parke had undergone had ruined his health and during the remaining years of his life he had several seizures of an epileptiform nature. He died suddenly on the 10th September 1893. His remains arrived in Dublin on September 15th and were received by a military escort. Next day they were interred in the private burial ground of the Parke family at Drumsna, Co. Leitrim.

The Prince of Wales, later to become King Edward VII was represented at the burial services. At a meeting of the Provincial Grand Lodge of Freemasons of North Connaught held on September 19th 1893, a life size oil portrait of Parke painted by Miss Folliott, was presented to the Lodge (of which both he and his father had been members) by Lieut. Colonel Folliott, D.L. of Hollybrook, County Sligo. It was for a time in the Masonic Lodge Boyle, but was finally placed in the Parke Memorial Hall, Carrick-on-Shannon, which was so named in honour of the famed surgeon explorer.

This booklet “Surgeon Major T.H. Parke – A Short History of His Life” published by Carrick-on-Shannon & District Historical Society is the chosen item of the month for September and all are welcome to come and view it at Ballinamore Library. Opening hours are Monday, Wednesday & Friday 10 - 5.30; Tuesday & Thursday 10 - 8; Saturday 10 – 5, daily lunch closing 1.30 – 2.30pm.