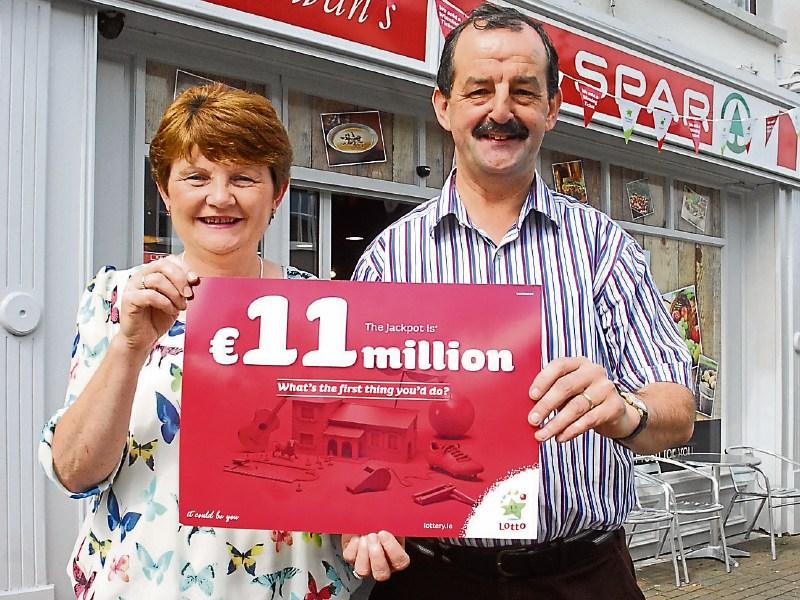 The National Lottery has confirmed to the Leitrim Observer this week that the €11.1 million lotto ticket sold in Kinlough has still not been claimed.

The winning ticket from the National Lottery draw on August 20 was sold in McGowan's Spar, Kinlough.

Hundreds of names have now been suggested for the mystery millionaire winner, but with the winnings still unclaimed the names are nothing but rumours at this stage.

It is understood that the winner has lost almost €4,500 in interest by not yet claiming the golden ticket, based on a modest 10% annual interest rate.

McGowan's Spar in Kinlough continues to see increased business, as customers from across the North West hope for another lucky lightning strike in the only winning lotto seller in Kinlough.

A spokesperson for the National Lottery told the Leitrim Observer this week that the, “Prize winners have 90 days from the date of the draw to claim their prize.

That leaves two months for the winner to claim the big prize. It is hoped the delay in claiming the ticket is not due to the owner being unaware of their precious numbers being drawn by the lotto.

The only details we have about the ticket is that they were chosen numbers (not a quick pick) and the ticket was bought on the weekend of the National Lottery draw.

The main advice for the winner is to make sure the back of the ticket is signed!