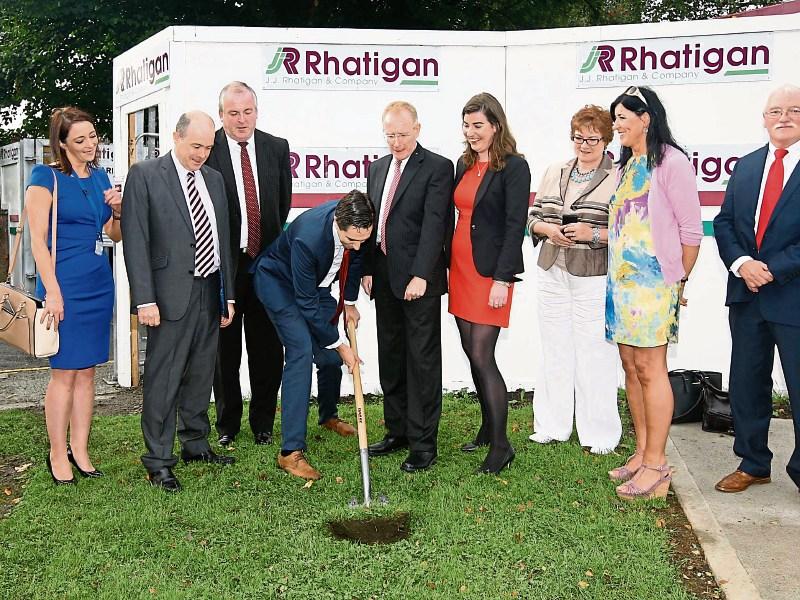 The turning of the sod by Simon Harris, the Minister of Health on Wednesday 7th of September, marking the commencement of construction on the new Boyle Primary Care Centre at Elphin Street in Boyle, has been warmly welcomed by Senator Frank Feighan.

The facility, which will be approximately a floor area of 1,590 sq m, will include services such as Dental, Occupational Therapy, Physiotherapy, Speech and Language Therapy, Public Health Nursing and other health services.

Senator Frank Feighan said he was delighted that the Minister turned the sod on the new Primary Care Centre.

“I am delighted that Minister Harris accepted my request to turn the sod on this project, which is currently under construction on the grounds of the Plunkett Home,” Senator Feighan said.

“Minister Harris performed the ceremony before he travelled to Roscommon Town to officially open the new Endoscopy Unit at the County Hospital.

“The centre will ensure that the local community has improved access to a greater range of health services on their own doorstep and under the one roof,” Senator Feighan concluded.