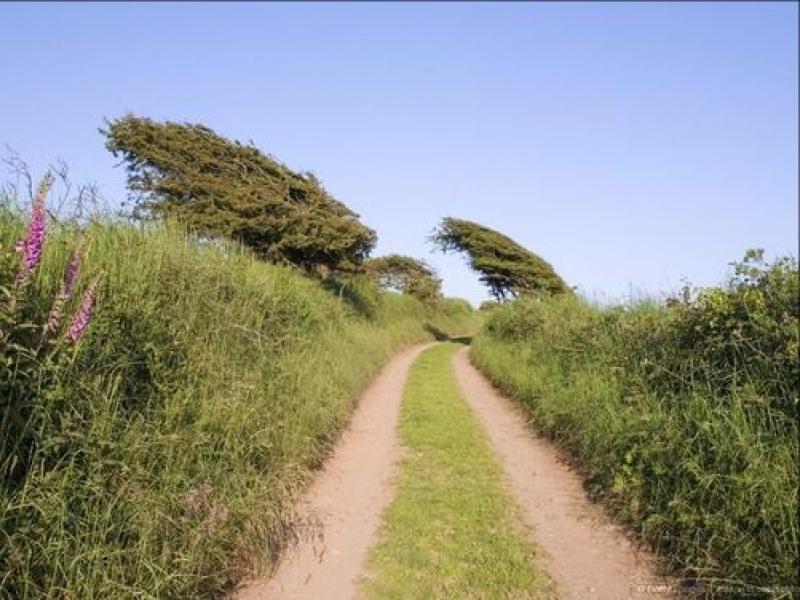 Grass median like this photo is damaging cars in Leitrim

Grass growing down the middle of local roads are tearing the bottom panels from cars, the council was informed this week.

Fianna Fáil Cllr Caillian Ellis said there is a serious issue with grass growing up the middle of roads in the Ballinamore Area.
He said he has had a number of complaints from motorists who are dealing with long grass growing in the middle of roads. “New cars are so low now, I know one car the grass pulled the bottom panel off the car.”
He asked Leitrim County Council for a solution.

Senior Engineer Michael Flynn said when a road is resurfaced the grass can be pulled up by a council machine, but otherwise that action would damage the existing road.
He said the best process is to spray the grass with weed killer, but noted with a lot of “new regulations in on spraying, the council will need to look at it.

Hedges
The discussion at the Ballinamore Municipal Meeting this month again returned to the issue of overhanging bushes and hedges onto roads obstructing motorists' view of the road.

Cllr Gerry Dolan brought up a motion to have hedges at Cornabroher, Aughnasheelin cut before a serious accident happens.
He was supported in his motion by the other councillors who had similar issues at other locations.

Cllr Paddy O’Rourke said he is going to suggest a pilot scheme to the council, adjoined by a publicity campaign, to try and decrease the amount of overhanging hedges.
He once again noted “10 miles from here, across the border, you don’t have bushes hitting your window.”
He commented that a month of hedge cutting season is gone and there is only a small period of time left to get all works done. He asked if any public building uses wood burners in the county and suggested the cut bushes could be used in a “positive way.”

Council official, Vincent Dwyer said Aura has a wood burner but it only uses specialised chips.

Cllr Brendan Barry put forward that in Co Clare the council have a grant scheme for communities and farmers to encourage hedge cutting.