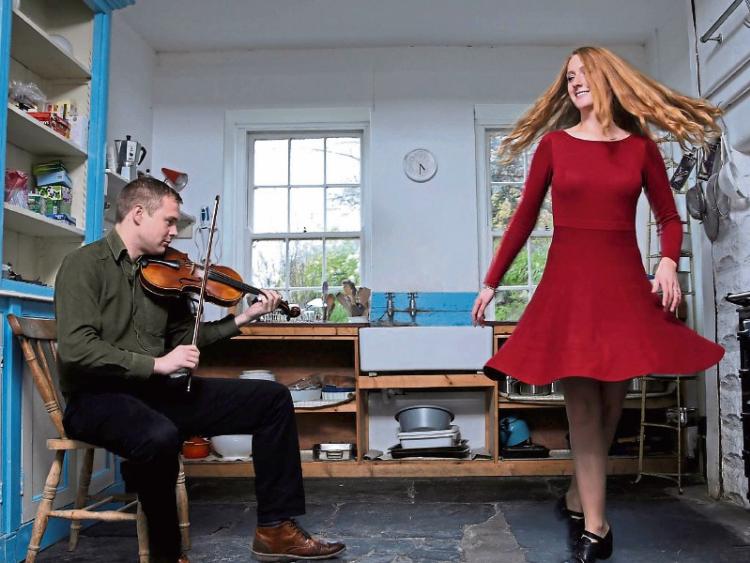 Acclaimed musicians each in their own right, Caitlín Nic Gabhann and  Ciarán  Ó Maonaigh have joined forces to create one of traditional music’s most impressive acts.

The pair are going to play The Dock, Carrick-on-Shannon this Thursday night, September 29 with a show of spirited music and dance that is rooted in tradition. Through fiddle, concertina and dance,  Caitlín and Ciarán breathe fire into musical pieces,  combining their arts with chemistry and energy. For this concert they will be joined on the night by south Sligo multi-instrumentalist Siobhán O'Donnell.

Three times All-Ireland champion on concertina, Caitlín is a regular performer at festivals and in concert halls from North America all the way to Asia. She is also an accomplished dancer and has toured the world with Riverdance as a troupe dancer.

Her compositions have been performed in the Cork Opera House and The National Concert Hall, Dublin and recorded by renowned musicians in Ireland and abroad.

A former recipient of TG4 Young Musician of the Year, fiddle player Ciarán Ó Maonaigh hails from the Gaoth Dobhair Gaeltacht in Co. Donegal. Ciarán's music has been used in films, on television and on radio programmes and he has been described as ‘One of Ireland’s most prodigious fiddling talents.'

Tubbercurry native Siobhán O'Donnell plays bodhran, fiddle, guitar and is a very talented vocalist and also the holder of many all-Ireland titles. Siobhán has toured the world with a number of traditional bands and Irish dance shows.

www.thedock.ie The show starts at 8.30pm this Thursday night.