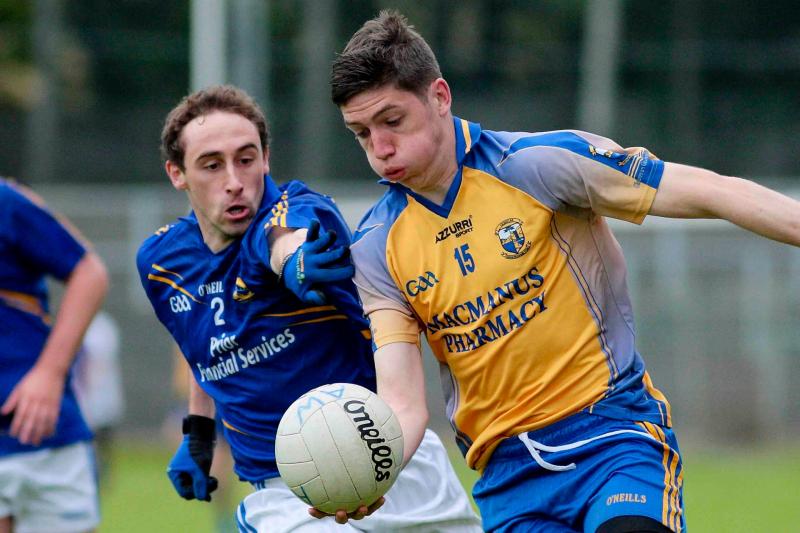 Sports fans in Leitrim are preparing themselves for a bumper weekend with no less than three finals to look forward to on Sunday as the Senior, Intermediate and Minor Championships will all be decided.

In tomorrow’s Leitrim Observer, we speak to the main players in the Aughawillan, Glencar/Manorhamilton, Drumkeerin and Ballinamore camps.

Aughawillan captain Colin Maguire says his side's win in 2014 is driving them on this year while Glencar/Manorhamilton joint captain James Glancy believes whoever wants it most will emerge victorious.

We also visited the Interemdiate finalists to get the views from Ballinamore and Drumkeerin.

Drumkeerin manager Richard McTiernan knows his side are underdogs for Sunday's final but insists there is no pressure involved in football while team captain Cathal McCauley believes Drumkeerin's tough run to the final will stand to them.

Ballinamore manager Paul Prior is hoping it is third time lucky for his side and stressed his side know what they have to do while team captain Wayne McKeon pointed to the the strength of the Ballinamore team when he explained everyone on the team is a captain.

Also in tomorrow's paper Observer columnist Colin Regan looks ahead to final day as he summons the spirit of John McGahern in a column all GAA fans and players alike will be able to relate to.

Tomorrow's Observer will also feature a report and pictures from the Ladies Division One Final in which Dromaahir emerged victorious by the narrowest of margins over Kiltubrid.

In the build-up to the games next weekend we will also be publishing some extra interviews online so make sure to keep visiting us here at www.leitrimobserver.ie and follow our Twitter page www.twitter.com/LeitrimToday and like our Facebook page www.facebook.com/leitrimobserver.

We will be keeping you updated online next weekend throughout all the big games and when the winners have been crowned we will have the most definitive and comprehensive reaction online and in next week's paper.