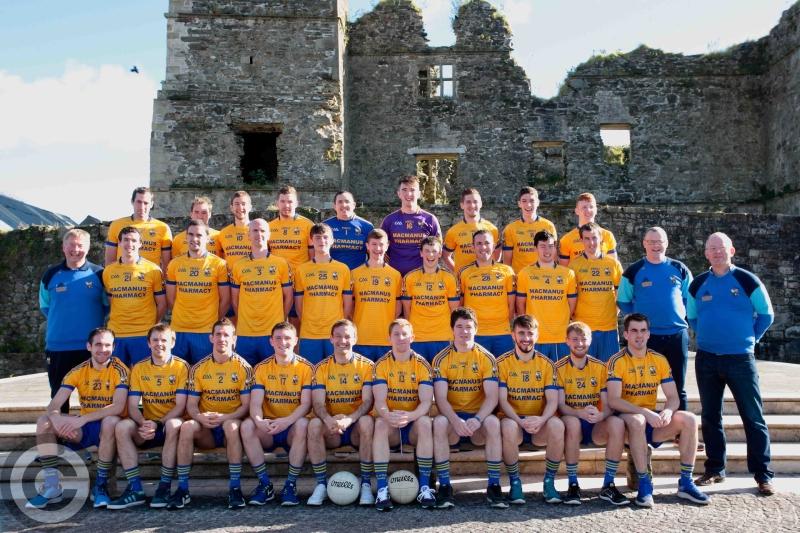 In his first year back with his native Glencar/Manorhamilton, Aidan Rooney has guided the club back to the Senior Championship Final but he is all too aware of the challenge that will be presented by Aughawillan on Sunday.

"Whoever can get the game to their pace quickly will win the game," was Aidan's frank assessment of where he feels the game could be won or lost.

"Aughawillan against Gortletteragh were really up against a wall. Gortletteragh set up defensively and did that really well and frustrated Aughawillan but Aughawillan are a formidable team and we are very conscious the final is going to be a very different game. They have formidable young players who are going to be representing their county for years to come. Pearse Dolan, Mark Plunkett, these are serious footballers."

Having been in charge of the Sligo minors for a number of years, Aidan became very familiar with some of the Aughawillan players and he is fully aware of the challenge they will pose his side.

"These are good lads and they come from really good stock. We have a good pedigree at the moment when you talk about seven finals in nine years but we had a lot of years with no finals or anything close to it and Aughawillan were in those finals and winning them. Aughawillan have a huge tradition. I have a lot of friends in Aughawillan, I played a lot of football with a lot of guys from Aughawillan over the years and I would have a huge respect for the Aughawillan club and what they have done for Leitrim football. They have a very small parish base, I am not being condescending, Aughawillan are a serious outfit."

Having overcome Melvin Gaels in the quarter-final and St Mary's in the semi-final, Glencar/Manor appear to be improving as the tournament has progressed but Aidan is adamant his team will have to improve further to emerge victorious.

"We will be taking nothing for granted against Aughawillan. We will have to perform better than we did in the semi-final and quarter-final. They were good performances but we will have to go better again in the final to win it.