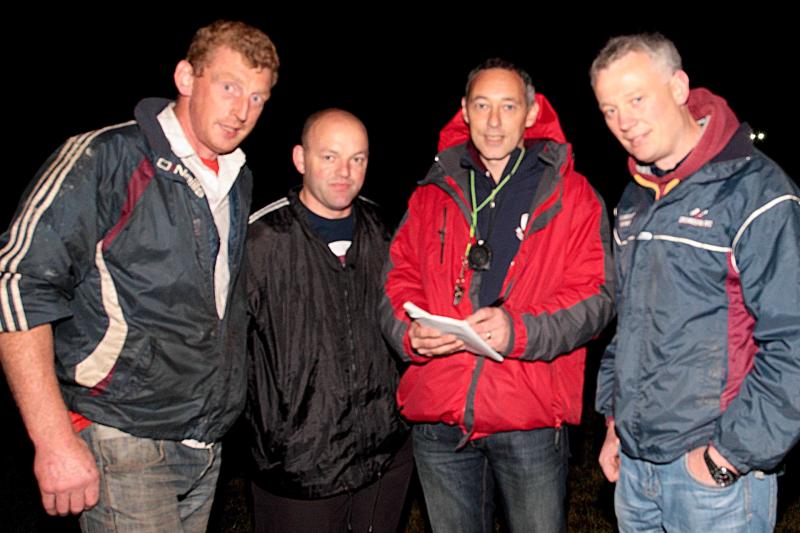 Drumkeerin and Ballinamore will meet for the second time in this year's Fox Monumental's Intermediate Championship Final on Sunday but Drumkeerin manager Richard McTiernan isn't reading too much into the opening day defeat his side suffered.

"It was the first time that we took a bit of a beating and all credit to them. We had the first 10/15 minutes and were quite comfortable, we were three points up but they came out with a 10 point win and we can’t argue with that. We said at the time they are very good, very mobile, very fast. It’s a big challenge for us but we had to go back to the drawing board, train that wee bit harder, up the ante and we’re here again to meet them and it’s all on any given day. There will certainly be no fear and we will do whatever it takes on the day to get there."

Drumkeerin responded impressively from that setback as they won their two remaining group games against Carrigallen and Cloone to secure their place in the quarter-finals.

"The Carrigallen game, it’s hard to quantify it. In ways it was a poor game, we scored five goals and we also probably kicked 17 or 18 wides, we just needed a little bit more composure in front of goal.

"Cloone all down through the years when I was playing myself you could say they were a bogey team. We took nothing for granted, we knew we were going to have to work hard and we did on both days and got across the line."

Ballinamore Sean O'Heslin's have been installed as almost everybody's favourites for the final but that is not something that bothers Richard in the slightest. Having not been given any chance of reaching this stage of the competition by most observers and insists his side will be doing there utmost between now and Sunday to ensure they have left no stone unturned as they attempt to upset the odds.

"Paper doesn’t refuse ink, we don’t have an issue with that at all. I think if you go on the last three predictions we weren’t given a chance. It hasn’t affected us and it won’t and that’s not being smart or disrespectful. We know what we have to do and we’ll work hard for that."

For more interviews ahead of Sunday's Senior and Intermediate Championship Finals, see this week's Leitrim Observer.