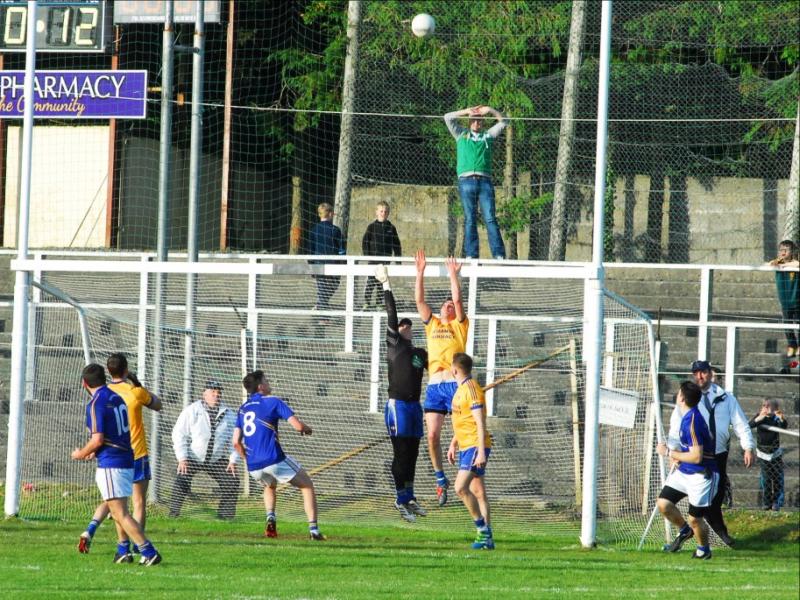 The Glencar/Manorhamilton defence are helpless as Mark Plunkett's fifty goes over the bar. Photo by Willie Donnellan

Aughawillan are the Connacht Gold Leitrim Senior Champions once more but only after a dramatic injury time winner from a monster Mark Plunkett fifty saw them pip a valiant Glencar/Manorhamilton.

After one of the best Finals in recent years in Pairc Sean Mac Diarmada, Plunkett’s pressure kick over a minute into added time saw Aughawillan go back in front after a one-time six point lead had been wiped out by Glencar/Manorhamilton.

Led by the outstanding free-taking of Conor Dolan who scored six frees and two more from play, the north Leitrim men had recovered from a six point deficit seven minutes into the second half to draw level with five minutes of normal time left.

But despite having the momentum behind them, Glencar/Manorhamilton crucially were unable to get in front with Dolan missing a free before Aughawillan surged forward once more, Plunkett pointing the fifty after Rory McTague was denied a scoring chance by a brilliant block from Brian McDonald.

Glencar/Manorhamilton incredibly almost won the game with one late chance but James Glancy’s fisted effort flew just wide of the post as Aughawillan celebrated with wild abandon when the final whistle finally sounded. 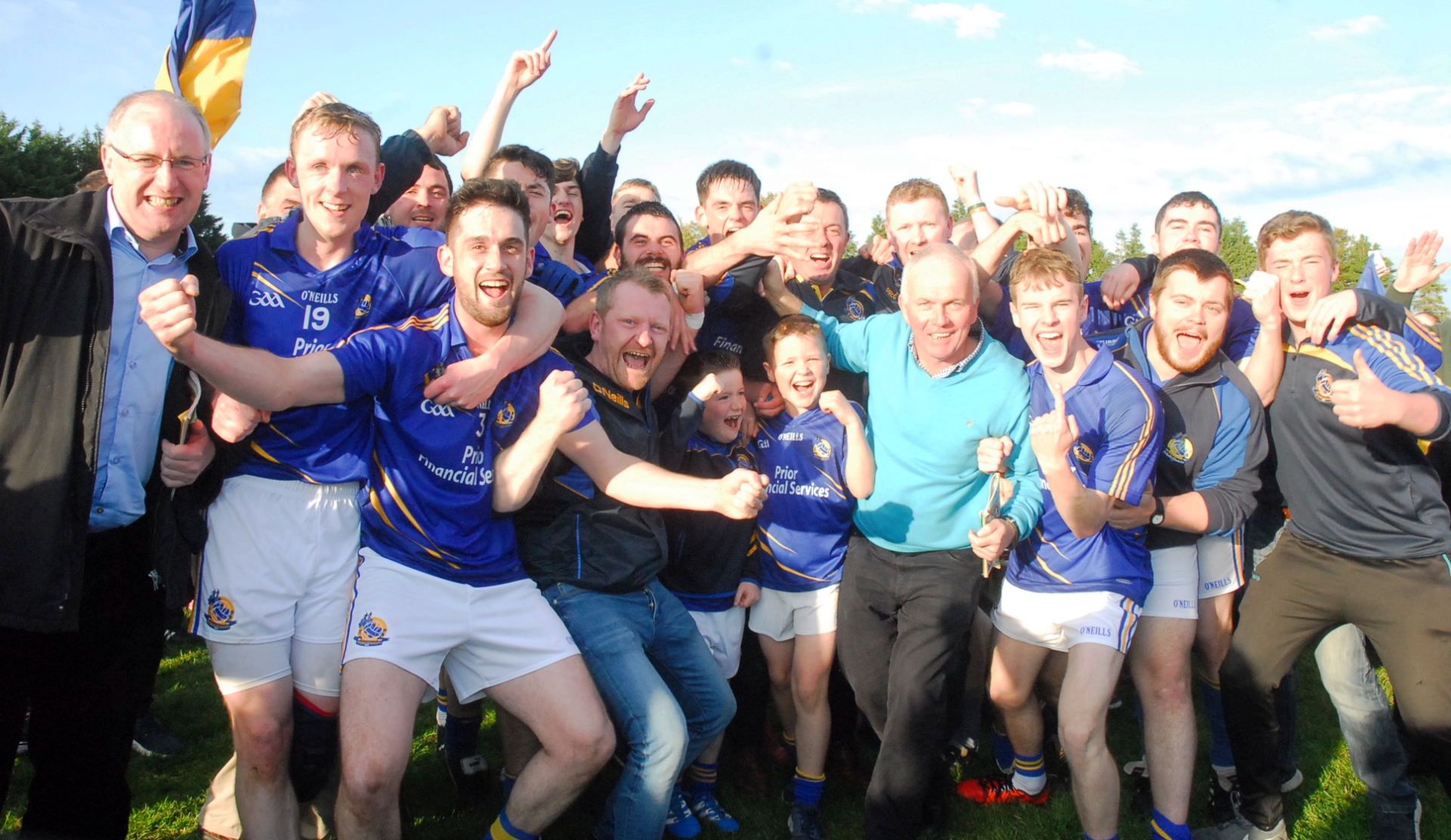 Aughawillan’s victory was, however, forged in the first two minutes of an exciting Final as they hit a stunned Glencar/Manorhamilton for 1-2 and it was this blast that ensured the Fenagh Cup went back to Aughawillan.

To compound matters, Mark Plunkett then fired over a massive long range point and despite a wide for Evan Sweeney, Aughawillan continued to dominate but had a few costly wides.

Conor Dolan did open Glencar/Manor’s account with a seventh minute free after a foul on James Glancy but he saw a free hit the post while Pearse Dolan and Mark Plunkett missed chances for Aughawillan.

Gary Hickey also did well to palm away a high ball under pressure before Dolan put over a second Manor free but the score was negated by a lovely long range Sean Quinn point, quickly followed by a Ciaran Gilheany free on 19 minutes.

James Glancy scored a super point from the corner but Gilheaney took a long range pass to fire over a lovely point before the Dolans swapped points, Conor for Manor and Pearse for Aughawillan. The half ended with another Dolan free as Aughawillan led 1-6 to 0-5 at the break.

The second half started slowly with both sides making changes while the game was held up for an injury to Gerard McGovern and his replacement, Stephen Gilheany, immediately tapped over a point after a fifty dropped short and was worked to him.

Subs Adrian Croal also scored a superb effort with his first score while Morgan Quinn pointed after good work from Gary Plunkett who then got on the scoresheet himself to stretch the lead to 1-9 to 0-6 after just seven minutes of the second half.

Manor brought on Darren Sweeney and Paddy Maguire’s strong run set up Conor Dolan for a fisted point before Sweeney showed good experience, running across the field before turning to fire over with his good foot on 11 minutes.

Another Dolan free left the gap at three points but time was Manor’s enemy, the score coming on 18 minutes but Aughawillan were hitting poor wides as Glencar/Manorhamilton were now gathering speed, Conor Dolan pointing after a long ball found Ronan Flynn and the youngster kicked a great point.

Dolan left a point in it after a foul on Flynn and after two poor misses for Aughawillan, James Glancy scored a wonder point from the left corner to tie the scores.

Glencar/Manorhamilton had all the momentum but crucially, they never got in front as Conor Dolan’s accuracy deserted him from long range with a free going wide.

With the game up for grabs, Aughawillan did the grabbing - Rory McTague surged forward and saw his shot blocked. From the resulting fifty, Mark Plunkett thumped a monster effort over the bar to regain the lead.

Glencar/Manorhamilton had one last chance to earn a draw but James Glancy’s fisted effort from a huge Aaron Hickey ball flew inches wide as Aughawillan held on for victory.