Dean thought Intermediate Final was heading for a replay 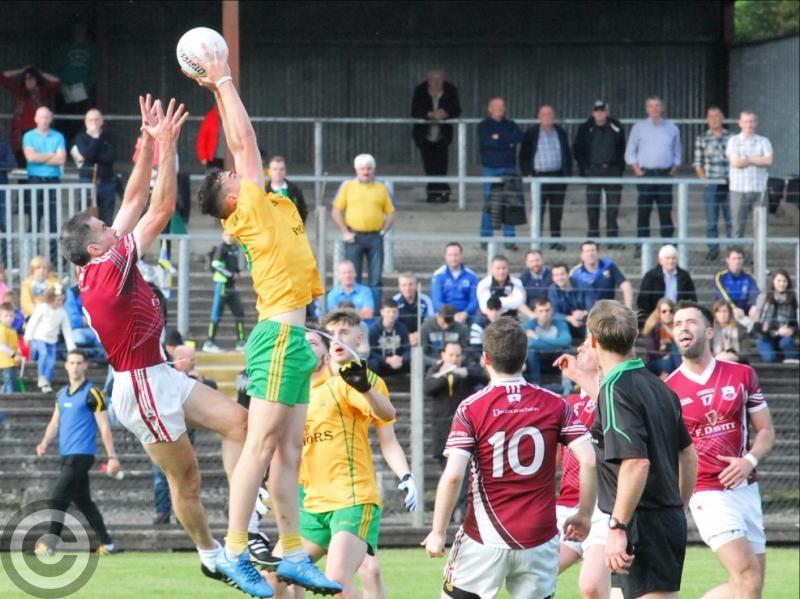 Man of the match Dean McGovern makes a spectacular catch in the Intermediate Final. Photo by Willie Donnellan

“When their last point went over, I was pretty sure we were heading for a replay next weekend,” Dean told the Observer, “but that just shows the confidence of our team. We had Oisin McCaffrey, our full-back, shooting from 30 yards and Brian Leydon doing the same.

“We would be doing that in training and Paul (Prior) would be on for us doing that, having no fear to try and we knew we’d get the score in the end and thankfully we did.”

Drumkeerin almost caught the hot favourites and Dean stressed that Ballinamore was the one team who didn’t take them for granted - “We knew coming here it was going to be a dogfight, we talked yesterday about how they were going to bring such intensity and we were going to have to match them in every sector of the field.

“We went three points down to Drumkeerin in the first round but that is a completely different Drumkeerin team. We definitely have the players here, we have nine players who are U21 and we knew we had the legs in the last few minutes to push on.”

Yet the youngster admitted he was worried when Drumkeerin’s Darragh Flynn scored a wonder goal inside the first 20 seconds of the game - “I just saw the wing-back flying down the field and you could see it opening up, three points down straight away and a big sucker punch like last year.”

The intensity of the exchanges left Dean and his team-mates exhausted but a key challenge game just over a week before the Final helped get Ballinamore across the line - “That was so tough, we played Carrigallen in the semi-final and we played a team in the Longford Final four days later and that certainly brought us back down to earth. That game really stood to us in the last few minutes.”

As for the future, Dean is delighted to see the famed O’Heslin’s club return to the Senior ranks - “Great to get back to Senior Championship football, that is where we wanted to be. We proved that during the League and we feel that we’re fully deserving to be where we are today.”

See this week's Leitrim Observer for more reaction from Dean and others after last Sunday's Intermediate Championship Final.