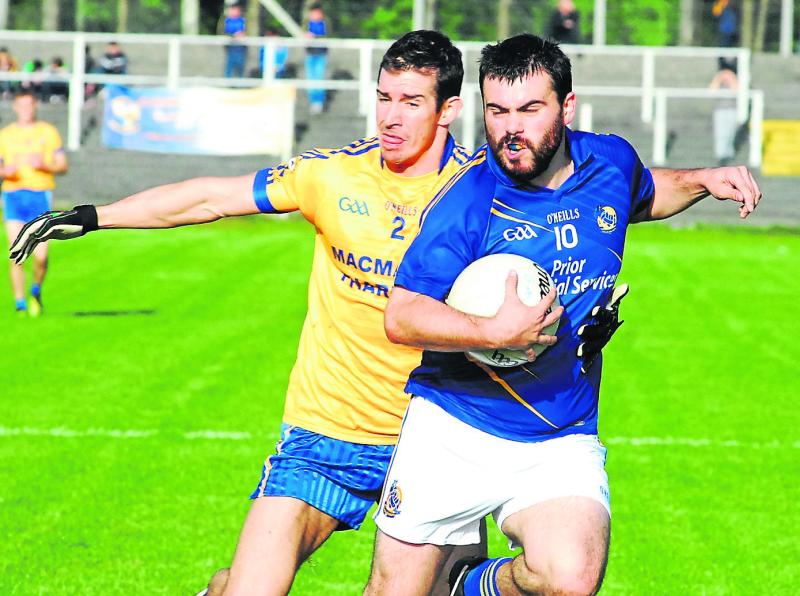 Morgan Quinn is steeped in the tradition of Augahwillan, the small parish that has punched above its weight throughout its history.

The 26 year old was quick off the mark to score a crucial early goal and he acknowledged his side's flying start, in which they scored 1-2 inside the opening two minutes was pivotal to their success.

"We tried to come out and hit the ground running and we were lucky we did because we needed it in the end. In the second half of the second half it was the two or three points that we kept ahead of them that gave us the cushion.

"If we didn’t have that cushion that would have been them going two or three points up. We were finding the scores a little bit hard to come by in the second half but thankfully Mark got that one in the end."

Attempting to put into words what it meant to him to win his second Senior Championship and help the club to their 11th title (only Ballinamore have won more than them) Morgan remarked, "It’s great, it’s absolutely amazing."

While delighted with the victory Morgan was all too aware of just how deep his team had to dig to see off the challenge of Glencar/Manorhamilton.

"Manorhamilton beat us last year when we had a man sent off and they really pushed us and tactically they outplayed us. Today was the same, they came back so strong but thankfully Mark got the point to see us over the line but it’s always that way between us and Manor, there is never much in it but thank god we’re on the right side of it today.

"You know with this Manorhamilton team they are going to go right to the wire. We were trying to work the ball up and it wasn’t working too well until Mark got that one at the end and thanks be to god it went over."

Morgan attempted to put his finger on the secret that makes the Aughawillan club so special but it would appear there is no real secret other than hard work and belief in one another and a desire to honour the club's proud tradition.