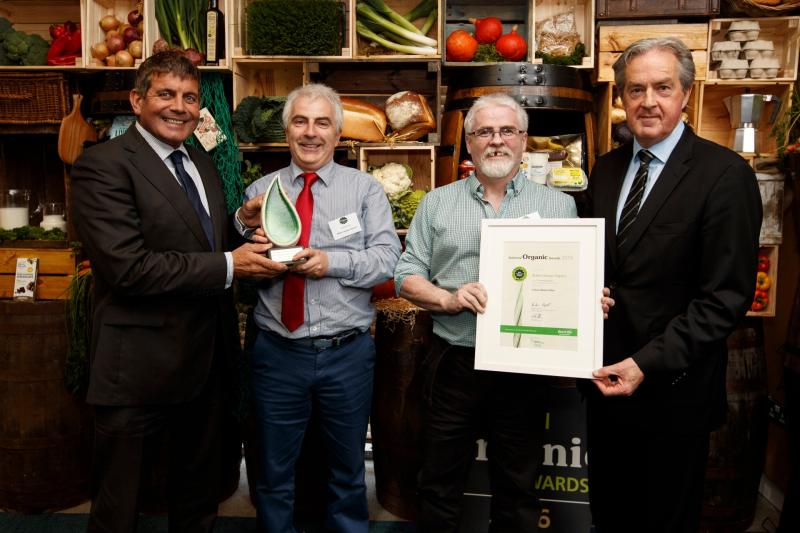 Following rigorous judging, two Leitrim food businesses were named among the top seven winners in the 2016 National Organic Awards. Some 278 individual products were submitted in the Awards, a record high level of entries.

The Organic Centre, based in Rossinver, won Best Fresh Product Award for its Organic Salad Bag, a selection of mixed salad leaves with edible flowers and herbs, which the judges noted was a clear winner as it “simply epitomised organic”, while the Best Prepared Product Award went to Drumshanbo’s Blake’s Always Organic for its Culture Blend Coffee.

The latest figures from Kantar Worldpanel indicate a significant upturn for the Irish organic sector. Building on the momentum of last year’s growth of over 6%, the new figures, published by Bord Bia today, show a further year on year increase of 23.7% to bring the total value of organic grocery sales to €142 million.

The figures were announced today during the National Organic Awards which took place in Bord Bia’s Dublin headquarters. Over 70 industry representatives gathered for the event which rewards quality and excellence within the Irish organic sector across categories including best new product, chef’s choice, export and innovation.

Pictured below are Jackie Dimes and Tom O'Rourke from The Oragnic Centre receiving their award. 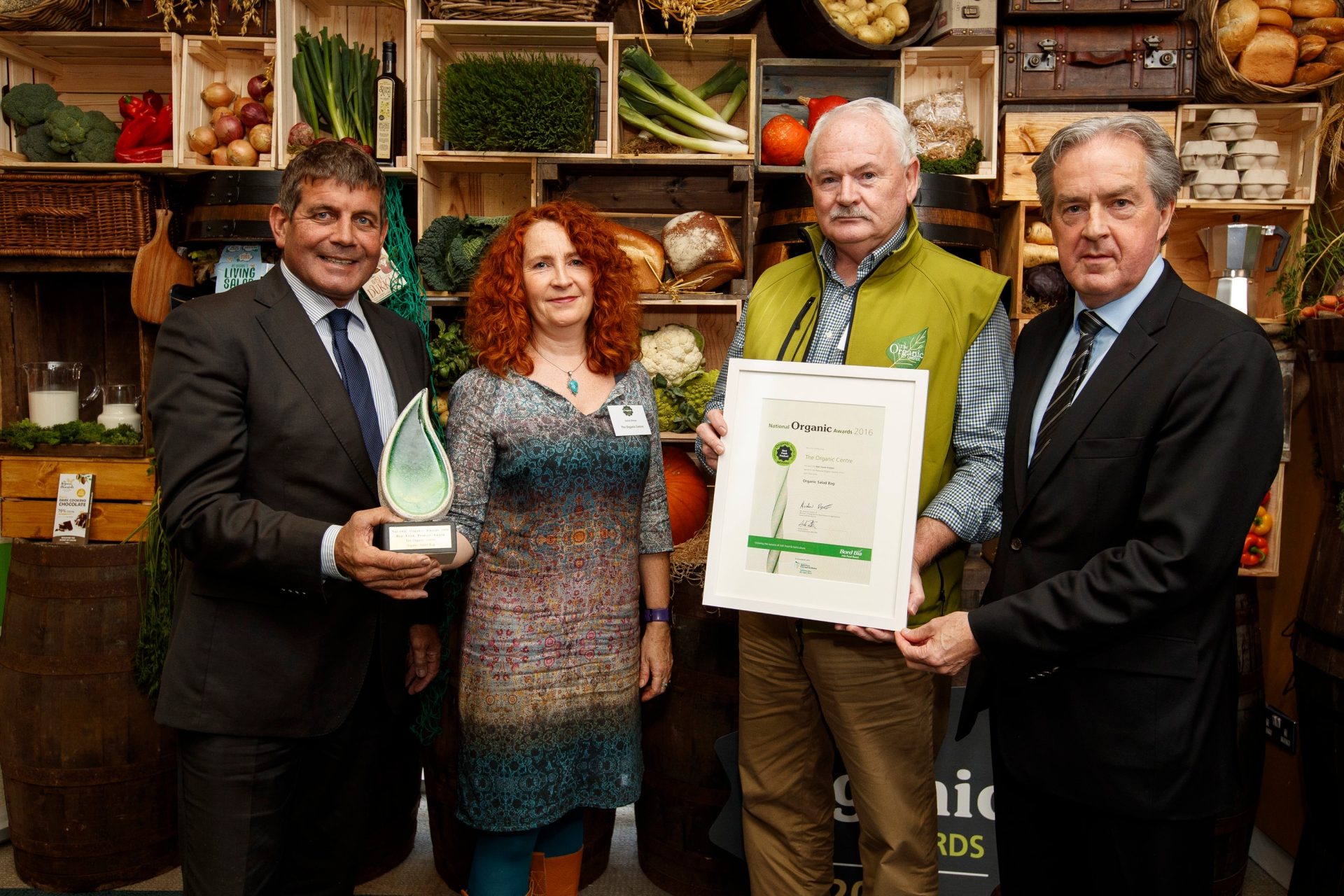