Jadotville Day will be celebrated on October 22 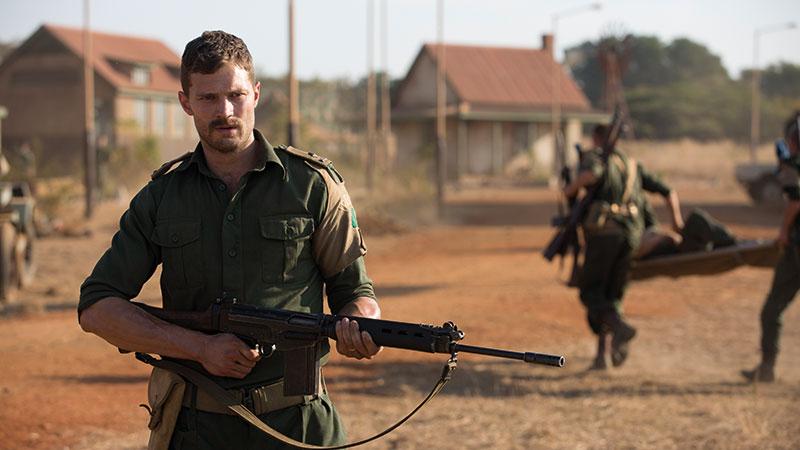 A scene from the recently released movie

Jadotville Day has been adopted as 25th October, the date that the men of A’ Coy 35th Infantry Battalion and of the Battle of Jadotville were released from captivity. This day will be observed annually.

This year, Jadotville Day will be celebrated on Saturday 22nd October in the National Museum of Ireland, Collins Barracks at 2pm with a Wreath Laying Ceremony. Defence Force Veterans from all services will parade in honour of the men of ‘A’ Coy 35th Infantry Battalion and their deceased comrades and pay tribute to their bravery.

These are the men who unselfishly, left their families in the pursuit of peace for those whose freedom was threatened in the Congo, they travelled as ambassadors of the Defence Forces and Ireland on a Peacekeeping mission role which turned into a different affair when tasked with duties in Jadotville.

Hailing from St Patrick’s Park, Carrick-on-Shannon, Matthew Quinlan was only 17 when he and over 150 other Irish UN troops were attacked in the Congo on Wednesday, September 13, 1961.

A group of Irish UN troops were attending 7.30 am Mass on that date when they were attacked by a large force of heavily armed Katangan troops backed up by European mercenaries in what was later to be called the Siege of Jadotville, and Irish troop’s first ever major encounter since the beginning of the State.

Never before and never since, have Irish troops come under such sustained attack and the fact that the troops were there in a peacekeeping capacity made it all the more horrific for the Irish troops invoved.

For four long, hot, tortuous days and night, these brave Irish men fought from their trenches, as their supplies of food and water started to run out. The exhausted men had to endure being fired on from the guns and rockets of a Fouga Magister jet fighter, which returned on two consective days to spray the mens’ positions with gunfire.

Twice, reinforcements for the UN peacekeepers tried and failed to get through.

The 156 Irish soldiers faced horrific odds, left totally surrounded by a force of up to 4,000 Katangans and white mercenaries, their situation becoming extremely desperate.

On Sunday 17th September, Commandant Patrick Quinlan (no relation), a man renowned for his loyalty, bravery and honour, agreed a treaty with the Katangese in a bid to secure the lives of his men.

However, the Katangese broke the treaty and the men of ‘A’ Company 35th Irish Battalion were held as Prisoners of War until Wednesday 25th October.

For over five weeks the men had to face not only the uncertanty of their situation, they also had to live daily with the threat of execution and cannibalism from the tribe which held them priosner.

Amazingly, and unbelievably, when these brave soldiers eventually returned home, many were treated as cowards for not fighting to the bitter end. In fact, it was not until November 2005 that the men of ‘A’ Company 35th Irish battalion received any recognition for their bravery, when the Minister for Defence, Willie O’Dea, unveiled a commemorative monument in their memory, in Custume Barracks, Athlone.