Receiver appointed over shares of firm linked to Kevin McGeever 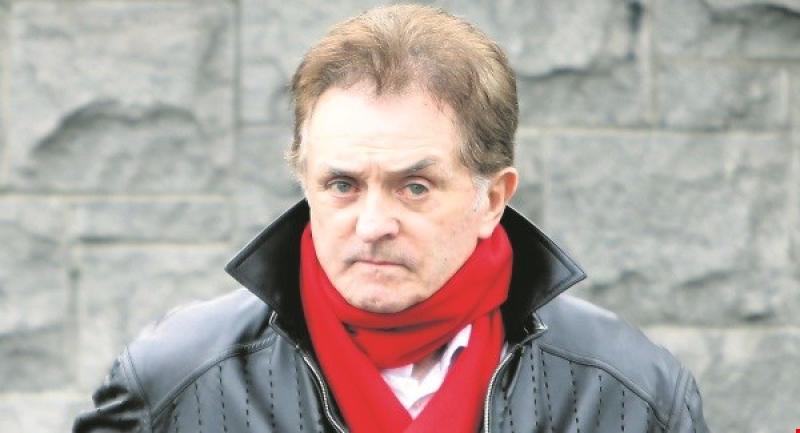 The High Court has appointed a receiver over shares in a company linked to Kevin McGeever the former property developer who faked his own kidnapping and was later found in Leitrim.

Mr Justice Paul McDermott on Friday appointed solicitor Mr Hugh Kane of Kane Tuohy as receiver on an interim basis by way of equitable execution over shares in the Belize-based Universal Assets Ltd, which the court heard owner of a mansion called 'Nirvana' located on a five acre site in Craughwell Co Galway.

Mr McGeever with an address at Clontarf Dublin 3, has claimed 'Nirvana' is held in trust for his daughters Shanelle and Renee who live in Australia.

The application to appoint Mr Kane was brought on behalf of businessman Mr James Byrne as part of his attempts to recover a judgment of €1.2m obtained against the Mr McGeever.

Mr Byrne had obtained judgment against Mr McGeever and his company in 2014 over a failed deal to purchase several apartments in Dubai sold by Mr McGeever's KMM Intel Properties.

Seeking the appointment of Mr Kane, whose firm acts for Mr Byrne, Gary McCarthy SC said the application was being made to protect Mr Byrne's position.

The shares in Universal Assets, counsel said were owned by a Mr Robert Kearney. Counsel said Mr McGeever is the beneficial owner of the shares. Counsel said while 'Nirvana' has been neglected in recent years it was a "magnificent property" that had been lavishly decorated.

Mr McGeever has claimed he manages the property and has power of attorney, renewed, every year over the company.

Counsel said it was clear Mr McKeever had sought "to hide behind an offshore company" for the purpose of avoiding creditors. The appointment of Mr Kane as receiver was sought so matters could be fully investigated by him.

The application was opposed by Mr McGeever's lawyers. They had argued there was no rush to make the appointment and Mr McGeever was seeking a valuation on Nirvana in ease of the court. .

In his ruling Mr Justice McDermott said the justice of the situation required that a receiver be appointed. In his ruling the judge noted that no deed of trust had been provided to Mr Byrne's lawyers nor had details about the trust nor has the identities of the trustees been provided.

The matter was adjourned to October 25th.

The application, which has been opposed, has been before the courts on several previous occasions.

That action has also been adjourned to October 25th to allow Mr McGeever to take steps including transfer shares in Universal Assets to Mr Byrne.

He had claimed he was kidnapped by creditors who held him for eight months before he turned up on a roadside and was picked up by a passing motorist.